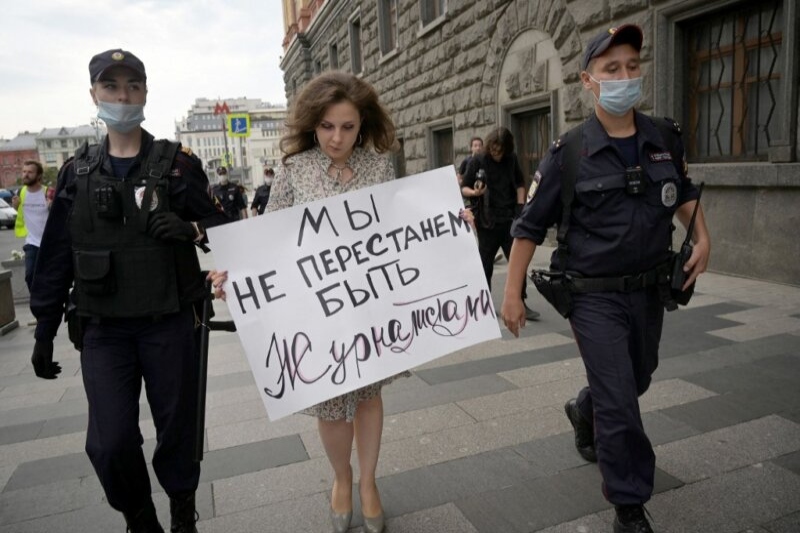 18-member group of nations, including the United States and United Kingdom, has expressed deep concern on Russia’s media culture

Russia – An 18-member group of nations, including the United States and United Kingdom, has expressed deep concern on Russia’s media culture. Their government has been cruel and intense on harassment of independent journalists and media outlets in the country.

Statement issued under Media Freedom Coalition mentioned that media freedom is vital to the effective functioning of free and open societies and is essential to the protection of human rights and fundamental freedoms.

Under several key cases, one such was from Radio Free Europe, whose correspondent Vladyslav Yesypenko was detained on suspicion of collecting information for Ukrainian intelligence. He had worked in Crimea for five years reporting on the social and environmental situation on the peninsula before being detained. Russian occupation authorities in Crimea reported this. Since July he was indicted on specious charges and now is facing up to 18 years’ imprisonment.

An official asserted by saying that while concerns related to freedom of expression and the safety of journalists in Russia has intensified, they are not new. We stand in solidarity with independent Russian journalists who assume personal risk in carrying out their professional activities, and we honor the memory of those reporters whose intrepid work has cost them their lives.

Worldwide, the condition of journalists is terrifying as they have the power to influence thus powerful people silence their voices by torturing and abusing them unlawfully. Earlier this year as well, Myanmar junta had arrested several journalists since the February 1 coup. Minimum of 34 journalists were reported missing by Reporting Asean, a monitoring organization. Again, this is another sign that the military is digging in, plans to make no compromises with the protest movement or political parties.