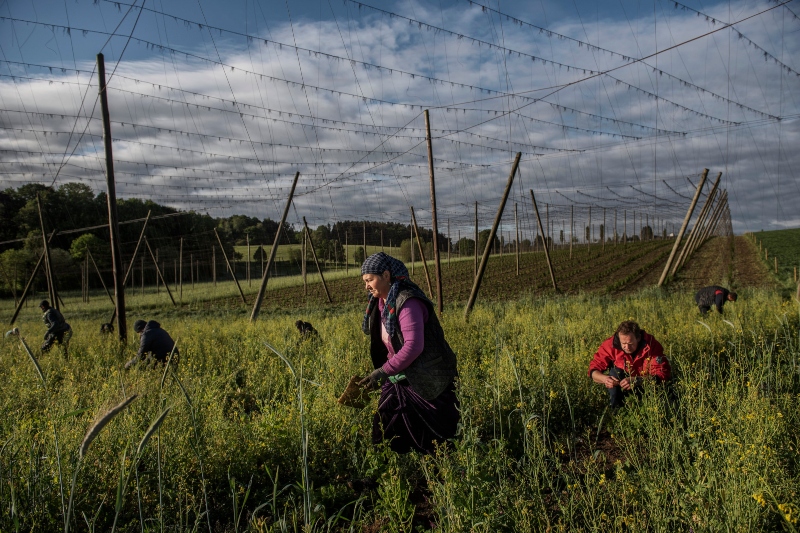 germany’s agriculture labor has exposed the colossal amount of violations

Germany – A new report published by Fair Agriculture Initiative alliance on Germany’s seasonal agriculture labor has exposed the colossal amount of violations experienced by the seasonal workers in country’s agriculture sector. Trade unions are taking this revelation to push the newly elected government to implement EU’s agriculture subsidies by 2023, despite the transition period given by European Commission.

The alliance representatives found during their visits on farm sites “incomplete wage payments and excessive wage deductions, a lack of social and health insurance, and “inadequate housing”. These seasonal workers at Germany’s farms are employed from Romania, followed by Poland, Croatia, Ukraine, Bulgaria and Georgia, the report noted.

The report underlined that despite pandemic conditions, number of workers remained high, even in comparison with the pre-pandemic levels. Though Germany had banned foreign workers at pandemic onset, later on they were allowed citing prevention of crop failures. Harald Schaum, deputy federal chairman of the German trade union IG BAU said, “The regulations have become increasingly worse and watered down over the years; at the same time, there are hardly any controls.”

It is stressed that social dimension of EU agricultural subsidies must be imposed by next government in Germany. EU’s Common Agricultural Policy (CAP), that is currently implemented, has a condition. “Social conditionality increases pressure on member states, including Germany, to finally sanction such violations with legal consequences in all vehemence,” Schaum said. Currently, Germany has a plan to implement CAP until 2025. “The implementation of social conditionality should come today rather than tomorrow,” Schaum said.

But the importance of adequate and efficient staff in Germany’s Labor Inspectorate cannot be underestimated. “International cooperation with the European Labour Inspectorate must also be strengthened,” Schaum added. The call for introducing a social component in the CAP was put forward by the European Parliament and further pushed significantly despite EU member nations, including Germany’s Agriculture Minister Julia Klöckner raising concerns over it.

While the (Social Democratic Party) SPD’s election programme states that it will “fight precarious working conditions of migrant workers” and stand up for “decent wages and good working conditions for employees”, the Green Party wants to strengthen worker rights, ensuring better health and safety protection provided to them at the workplace.