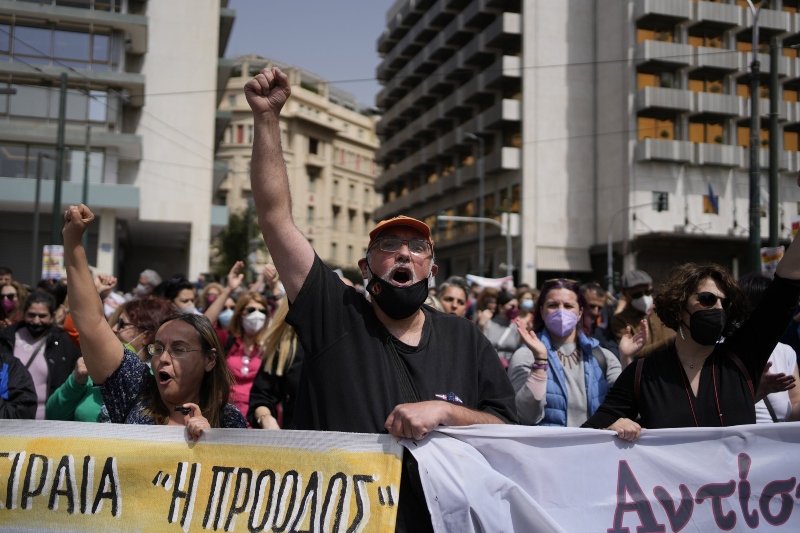 Europe – Thousands of people protested in Athens, the capital of Greece, on Wednesday over low wages and high prices of commodities. Workers called it a “deepening crisis”.

The workers protested against rising prices and squeezed incomes, disrupting transport, schools and public hospitals as everyday life has become unaffordable for them.

Greece’s two biggest labour unions, representing about 2.5 million public and private sector workers, called the general strike on Wednesday. They rallied outside the parliament. Reportedly, at least 10,000 people turned up for the rally. About 9,000 protesters held marches in Greece’s second-largest city of Thessaloniki in the north.

Reportedly, Georgios Alexandropoulos, a 60-year-old courier worker, said, “Our life now is just being in debt. We can’t go on like this.” Alexandropoulos is two months behind in rent and electricity bills.

Another protester, 57-year-old psychologist Michalis Tokaras, said he was forced to cut back on everything due to less income. He said, “We have to choose between paying our mortgage or paying bills”.

Another protester held a banner to protest against inflation. It read, “We won’t compromise with inflation.” Inflation in Greece jumped to 8 per cent in March. The inflation rate in Greece was 7.2 percent in February compared to 6.2 percent in January. Greece’s annual consumer inflation surged to a 25-year high in February.

Greece emerged from a decade of financial crisis in 2018. However, the Covid-19 pandemic affected the progress of the country in 2020. Now, the Russia-Ukraine war has also affected the country.

Inflation in Greece is fueled by the Russia-Ukraine conflict, with the cost of Russian energy and Ukrainian grain dramatically spiking. According to the Greek Statistical Agency ELSTAT, inflation is driving electricity prices higher. Reportedly, the government has spent about 3.7 billion euros since September to diminish the burden of rising energy and fuel costs.