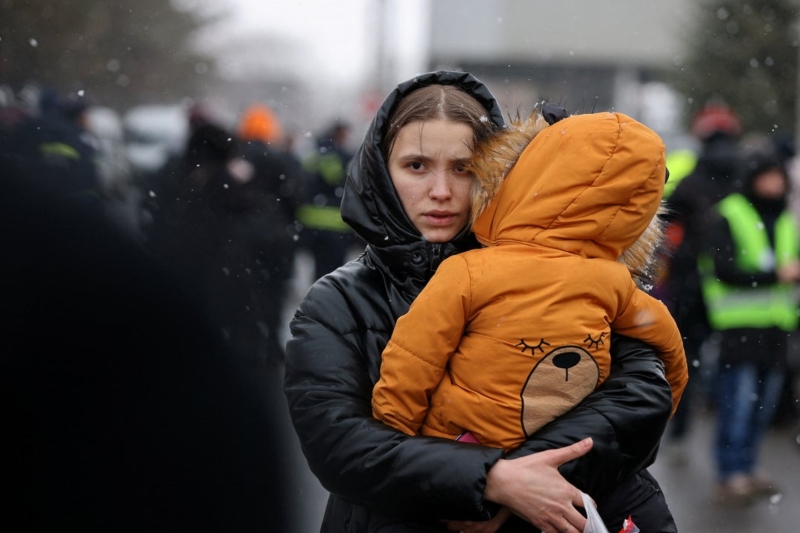 Ukraine – Thousands of children who have found themselves orphaned overnight are now become victims to human trafficking, a group that evacuates war survivors has confirmed to the international media.

At the moment, it has been confirmed that traffickers are picking on children that are situated unaccounted for at the Poland-Ukrainian border. It has also been ascertained that a team of US military veterans called the Aerial Recovery is helping out to organize a safe passage for an estimated 200,000 such orphaned children in Ukraine’s orphanages and foster homes.

Some tens and thousands are already in state care and looking for a safe passage outside the country. Most have been left orphaned as parents have been killed in groups or in individual cases and have no where to go.

A system is being worked out to ensure such children don’t go unnoticed and fall victim to human trafficking. Children who might have escaped the war-torn country to reach the Ukrainian- Polish border are being picked up by human traffickers once they are dropped off by well meaning agencies that might have rescued them from various cities of Ukraine.

It has been ascertained that these kids are so vulnerable that if someone comes to them with some food and water, they are trusting. A spokesperson from the Salem Charity that works to rescue war survivors has shared the workings of such gangs, “The gangs are very advanced – it’s big, well-financed networks that do this for a living. They’re good at this in peace time. Now it’s a war, its chaos, and they’re exploiting the fact there is disorder to be able to snatch more kids and women.”

Men walking off with three to four children are not being vetted or stopped at the border, while most men between the age of 18-60 have been asked to stay back and fight the war.  Aerial Recovery has already discussed plans to strengthen safety protocols and create safe zones in Lviv with the regional Ukrainian minister for child services. Volodymyr Lys, regional head of service of children’s protection under the ministry of social policy has said that even now, millions of children are stuck in the conflict zone.