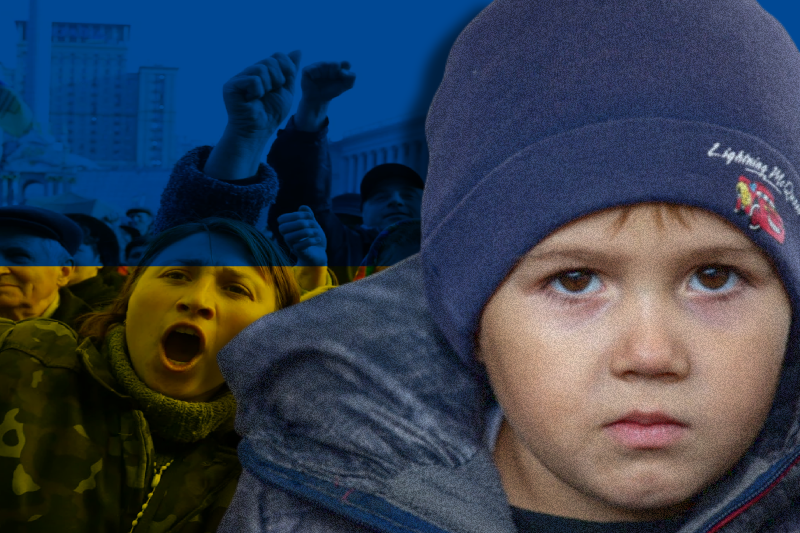 Ukraine – On Friday, the United Nations humanitarians said of urgently accelerating the efforts to provide the children stuck in Ukraine war that is going on for ten weeks. The efforts would include providing the children with psychosocial and specialist support citing harrowing mental health impact on the children amid dangers linked to Russian invasion on Ukraine and violence.

Thousands of children bear the brunt of war

UN Children’s Fund (UNICEF) has noted that before the war that began on February 24, Ukraine’s boarding schools, orphanages and other facilities housed over 91,000 children. This also included a large number of children with disabilities. But since the evacuations have begun, only about one-third of this number have returned.

“The impact of the war on these children has been particularly devastating,” said Mr. Greenberg, during conversation with journalists in Geneva via Zoom from Lviv. “Tens of thousands of children living in institutional or foster care have been returned to families, many of them hastily, as the war got started. Many have not received the care and protection they require, especially children with disabilities.”

Hundreds of children have been killed in shelling attacks by Russia till date since the war started. The others are suffering serious trauma to their mental health due to “direct exposure” to violence, both sexual and physical.

Greenberg noted that there are chances of many children to “bounce back” if they can get some normalization in their lives and start going to schools. “Since 24 February UNICEF and our partners have reached over 140,000 children and their caregivers with mental health and psychosocial services,” he continued. “But a vast majority of that, 95 per cent, are direct engagements with children and trained psychologists.”

But Greenberg highlighted that the situation is not so easy “as social workers, child psychologists and other professionals are equally impacted by this conflict”.

Postal system of Ukraine has emerged as a lifesaver that helps in delivering global aid to reach the country. Universal Postal Union (UPU), the UN agency that supports the postal system has appealed for extra funding in this direction.

Ukraine is facing a humanitarian crisis that now needs a global stepping up in every way possible.