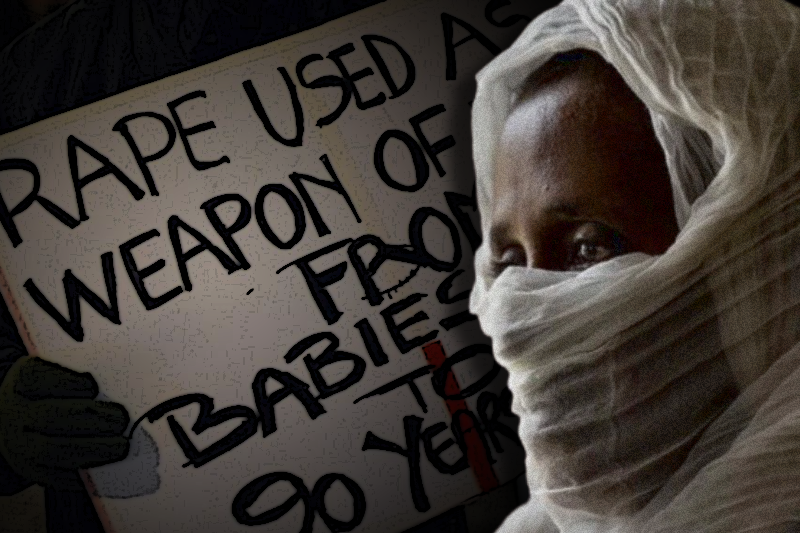 sexual violence endured with rape being used as “war weapon”

Ukraine – Fear of unknown as the people in Ukraine watch their homes, neighborhood and country burn in flames is not the only struggle they are enduring. The women stuck in war across Ukraine are struggling with threat of growing use of rape as a weapon of war. This fear is becoming prominent with each passing day as evidences surface of the same from areas in Ukraine that have been taken over by the Russian forces.

On Sunday, world watched in horror at pictures taken by the photographer Mikhail Palinchak from ground zero in Ukraine – bodies of one man and three women, naked, piled up on a highway 20 km outside of Kyiv. The photographer said bodies of women were partially burned. This lays down the summary of what harrowing unfolding is happening in Ukraine – executions, rape and torture against civilians are being reported across Ukraine areas that are under Russian control now since the invasion was launched on February 24.

The scale of sexual violence against Ukrainian women is difficult to comprehend for many, beyond imagination. Russian troops are moving eastwards, retreating from towns and suburbs around the capital Kyiv. With this development, many women and girls have come forward and are describing the grueling tale of suffering that they have experienced to media, police and human rights organizations.

Assaults being conducted at gun point, gang rape and rapes in front children are the major testimonies shared with investigators.

“We have had several calls to our emergency hotline from women and girls seeking assistance, but in most cases it’s been impossible to help them physically. We haven’t been able to reach them because of the fighting,” said Kateryna Cherepakha, the president of La Strada Ukraine, a charity that provides aid and support to survivors of trafficking, domestic violence and sexual assault. “Rape is an underreported crime and stigmatized issue even in peaceful times. I am worried that what we learn about is just going to be the tip of the iceberg.”

According to international humanitarian law, rape and sexual assault are considered to be war crimes and a breach of the law. Ukraine’s prosecutor general and the International Criminal Court (ICC) have said of opening investigations into reported sexual violence.