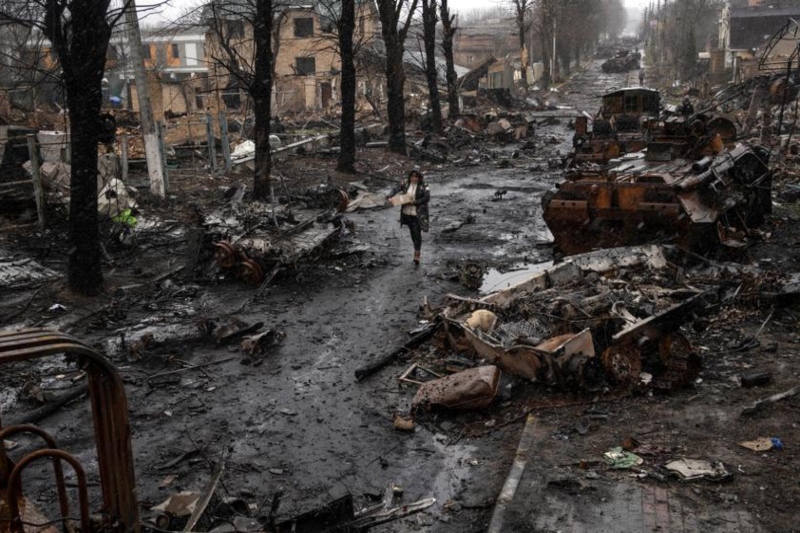 Russia – The Bucha massacre has brought out the worst side of the Russian forces and has shaken up the western world to seek strict action against Kremlin for its atrocities and human right’s violations.

Both the United States and Ukraine’s Foreign Minister Dmytro Kuleba on Tuesday have taken to twitter to urge that Russia be removed from the United Nations (UN) Human Rights Council membership. Mr. Kuleba has been in conversation with United Nations (UN) Secretary-General Antonio Guterres and has said that as a nation, they intend to collect all evidence possible through its UN mechanism “to hold Russian war criminals to account.”

A strange kind of ‘genocide’ as termed by the Ukrainian President Volodymyr Zelenskyy has emerged from the city where people were reportedly shot in their heads with hands tied in Bucha. The town was captured by Russian forces. This is one reason that international condemnation against Kremlin’s forces has drastically increased.

There has been no reason to treat the people in this matter. Meta is said to have had a mechanism in place where automatically, its automated content scanning system blocked Facebook and Instagram hashtags related to the apparent massacre in Bucha recently.

In a shocking revelation, remains of hundreds of Ukrainians were found in Bucha, a suburb of Kyiv that has been under Russian military control for weeks. As pictures went viral over #bucha #buchamassacre, many western nations are now holding Russia responsible for war crimes and subsequent trial.

Meta has said, it will try and retrieve information for future use, a mechanism that many Human Rights organizations have spoken about, prevents from tracing war and hate related human rights violations. Apart from Ukraine, which has now resisted Russia’s military aggression for 41 days now, the United States and the UK have said that they are seeking Russia’s removal from the UN Human Rights Council following the reports emerging from the town of Bucha. Earlier, on April 4, US Ambassador to the UN Linda Thomas-Greenfield while speaking in Bucharest said that, “Russia’s participation in the Human Rights Council is a farce”.