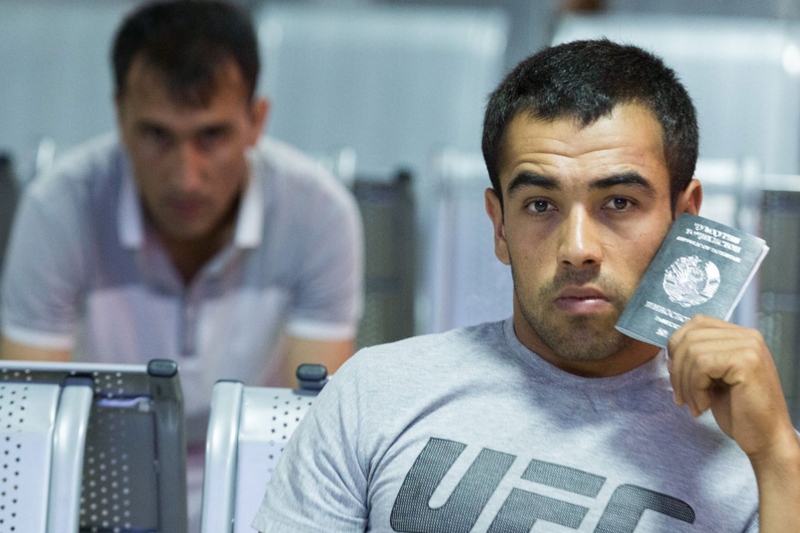 as the ruble falls, migrant workers may leave russia

Russia – As the ruble weakens, the migrant workers may leave Russia in the coming months if the war in Ukraine does not end quickly.

Experts were polled by The Moscow Times on this matter. Experts said that the ruble (currency of Russia) has even fallen 20 per cent in relation to the Tajik somoni (currency of Tajikistan). The workers from Tajikistan are reportedly beginning to seek opportunities in Southeast Asia and the Middle East amid the Russia-Ukraine war.

Vadim Kovrigin, a political scientist at Plekhanov Russian Economic University, told The Moscow Times, “The mass exodus of migrants from Russia could begin in three to six months. If the ruble settles at more than 130-140 rubles per dollar, it could lead to this.”

Kovrigin said that migrant workers can’t decide in a day to leave a country. Although the ruble has already fallen because of the war, migrant workers can’t respond to the change quickly. They need to plan to go out of the country. Kovrigin further said, “The workers can’t quit their job in Russia in one day, and they can’t go back to their homeland where there are no immediate vacancies.”

However, Kovrigin claimed that even an exchange rate of 100 rubles per dollar is profitable for migrants to work in Russia. After Russia invaded Ukraine, the ruble witnessed a fall to a record low against the dollar and oil rose to more than $100 a barrel.

Following Russia’s invasion of Ukraine, the migrant workers have been receiving only about two-thirds of the usual amount. Many migrant workers in Russia have lost their jobs since Russian President Vladimir Putin ordered a “special military operation” against Ukraine.

Batyrzhon Shermuhammad, a human rights activist from Uzbekistan, said that some workers are still hesitant to leave Russia and are waiting for the conflict in Ukraine to end. Shermukhammad said that migrant workers aren’t interested in politics. They worry about exchange rates and the price of housing and goods in Russia.