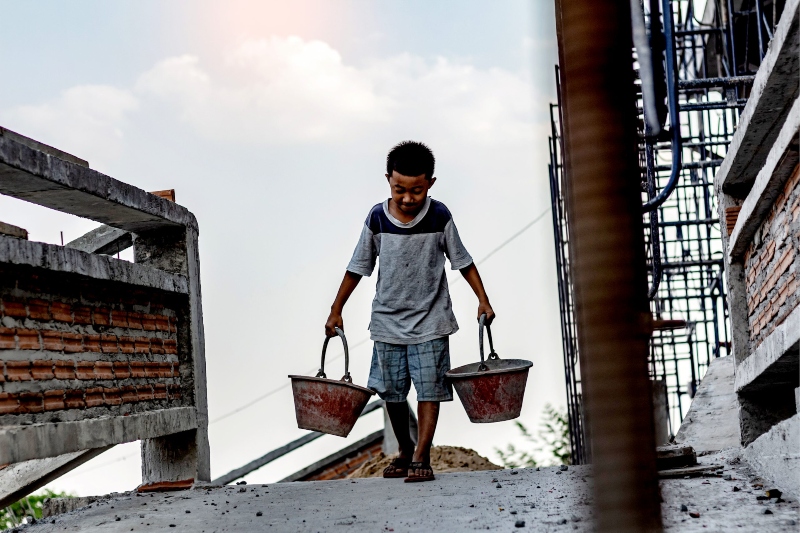 12 year old boy forced into child labour by a couple

India – A couple has been booked for allegedly forcing a 12-year-old boy into child labour in Jaipur. The woman forced the boy to work all day.

The woman’s husband is also charged with sodomising the minor boy. The police officer revealed this on Wednesday. The police have arrested the woman. However, her husband is on the run.

The man abused the boy physically. He had also branded the boy’s foot with a hot knife so that he did not escape from the place. The couple tortured them to work and did not treat him with respect.

The couple, Ruhi Parveen and Mohammad Riyaz brought the boy from Bihar to Jaipur about six to seven months ago for work. Shastri Nagar police station SHO (Station House Officer) Dileep Singh said that the boy recently jumped across to a neighbour’s house to ask for help. He requested the neighbours to save him. He narrated the whole incident of torture to the neighbours. Consequently, the neighbour contacted the child helpline, seeking help.

The child helpline counsellor Shanti Berwal said that the boy was forced to make bangles from 4 am to 1 am (the next morning). He got only three hours to rest. He used to work for 21 hours. He did not even see sunlight for many months. There were scratch marks on his throat. The couple used to scratch the kid for not doing the work. When the police got this information, they rushed to the spot to arrest the accused.

Subsequently, the boy was taken to a hospital where he was given primary treatment. Later on, he was handed over to the child welfare committee. The committee provided him with a shelter home.

According to The Print, a case has been registered against the accused couple under the Juvenile Justice Act, Protection of Children from Sexual Offences Act (POCSO) and the Indian Penal Code.