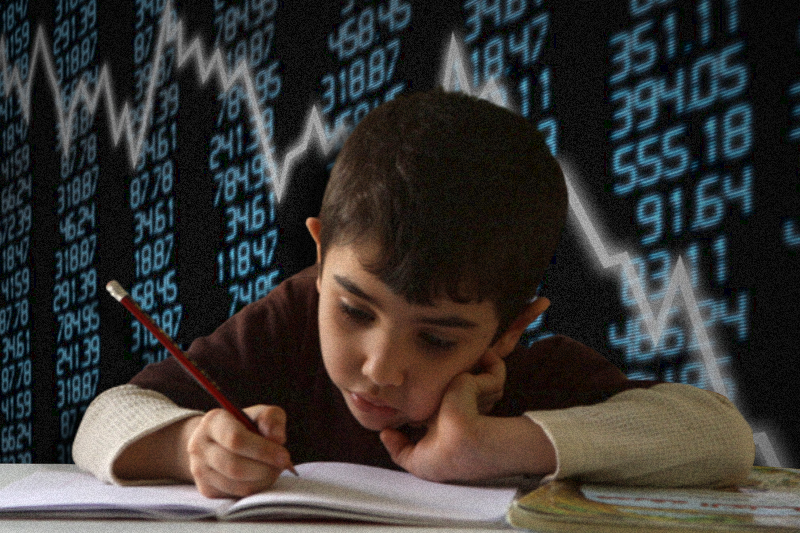 Children’s education is being affected by the economic crisis

Lebanon – More than 700,000 children are at risk of never returning to a classroom in Lebanon due to rising poverty. Many children have dropped out of school to engage in child labour or get married.

Many children at Hamra Street in Beirut wander all day. Some children dig in garbage containers. Some children try to sell flowers to people. Some children also clean the shoes of passersby. Most of the girl children sit on their mothers’ laps while holding their younger siblings. They reportedly keep their hands outstretched, follow pedestrians to ask for bills.

Ettie Higgins, United Nations Children’s Fund’s representative in Lebanon, said that these children should be studying at school, but they are working in the streets to survive. The economic crisis affected the children the most. Reportedly, the 2021-22 academic year is seeing the loss of 30,000 students who had to drop out of school due to rising poverty.

The economic crisis impacted all sectors of the country, but children’s education is at risk. According to UNICEF, 15 per cent of families in Lebanon have stopped their children’s education due to poverty. One in 10 children has been engaged in child labour. There is an increase in child marriage among younger girls, especially from the Syrian refugee community. The girls should be studying at school, but they are getting married because their families can’t take care of them.

Reportedly, nearly 1.2 million children have seen their education affected since October 2019. During the time of the Covid-19 pandemic, most children didn’t have the resources to adapt to online education.

In an October 2021 UNICEF survey, 12 per cent of families said they send at least one child to work. According to Al-Monitor, more than 700,000 children are at risk of never returning to a classroom due to rising poverty.