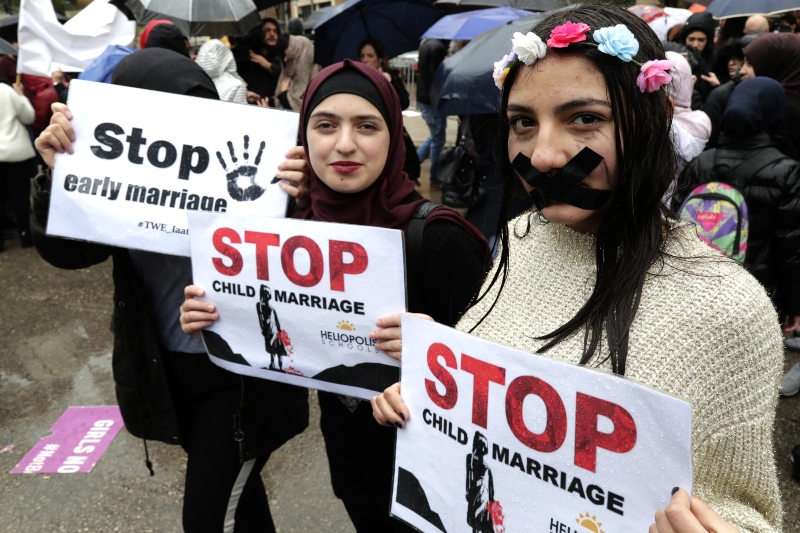 Lebanon – Lebanese and Syrian underage girls are repeatedly being forced into child marriage driven out of desperation to avoid poverty and economic hardships. Signing marriage contracts, these girls are literally being sold to get some money to their families.

These girls are mistreated into forced labor, untimely pregnancies, forced sex and physical abuse. Their childhood is mired by abuse at an early stage of life.

In Lebanon and Syria, children who continue to be married off, neither government paying much heed. Under Lebanon’s constitution, personal-status laws are decreed by each individual sect, combining common law with religious doctrine.

Due to this, the court and law is never involved in these decisions that are hampering the security of underage girls. There is lack of education, desperation due to poverty and economic strain on such families that resort to such honey traps.

Matters such as marriage, divorce, custody and inheritance are said to be popularly governed by religious courts in Lebanon and Syria. Each of the major sects has a different legal age for marriage; for Catholics it is 14, Sunnis have raised it to 18, and Shiites have set it at 15.

A suitable and ‘common sense’ change, according to a report published by Human Rights Watch in 2017 said it would be a good to raise, without delay, the minimum age of marriage to 18 without any exceptions. Such a law was drafted that same year but never passed.

Further the report states how marital abuse, early child birth and complicated health issues run the risk of devastating the lives of these young girls. “Lebanon’s parliament can help end this practice. The Lebanese government and local authorities should develop programs to prevent child marriages, such as empowering girls with information and support networks, as well as engaging parents and community members about the negative effects of child marriage,” the report suggests.