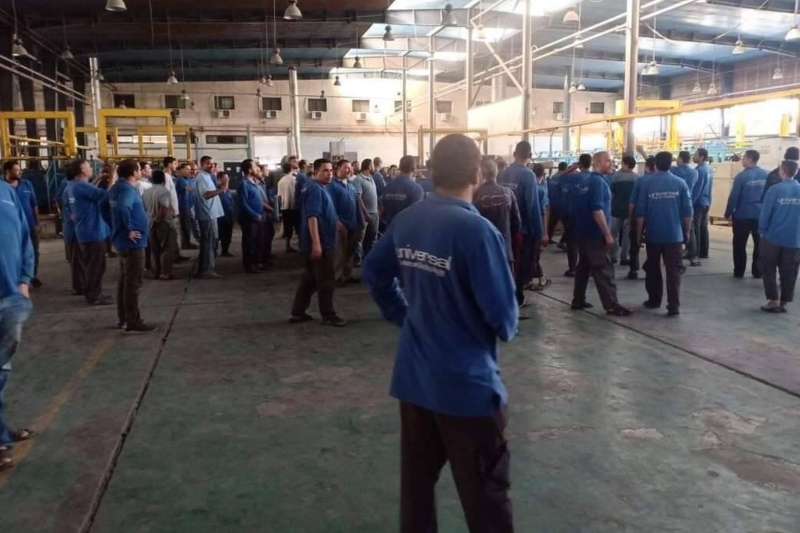 Egypt – Workers have aggressively called out their treatment in factories in Egypt after the suicide of one of the workers. Even the Egyptian security forces responded heavily to these protests on Tuesday.

The security forces took brutal measures to calm down the demonstrators as they resorted to using tear gas on the workers while attempting to break into the huge crowd. The workers have been deeply unsatisfied with the tremnet towards them and hence they have been protesting very aggressively.

This was the third major protest in the span of the last three months outside the factory owned by the Universal Appliances group. The death of the worker highlighted serious concerns about the safety and payment of these workers as left with no choice, the workers had concluded his life in suicide.

He has been identified as Assem Afify and he reportedly killed himself by throwing himself in front of a speeding car earlier this week. He was under huge financial burden and took loans from his colleagues to meet the demands.

This information was gathered through his mobile phone where it was seen that he had left several texts for his fellows.

Affy apologized to his colleagues for not being able to clear his dues and give back the money. With Affy’s suicide, this is the fourth registered case against the company since 2019 where a worker has killed himself due to wage issues.

There was another incident which saw a worker having a heart attack while on work as he was trying to make extra money by doing some extra work. The local media reported that the protests will continue to stage protests despite the brutal outlook of the forces. The workers are so fed up with the situation that they have been constantly organizing one or the other collective action to highlight the issues of non-payment of wages to its workers since July in 2021.