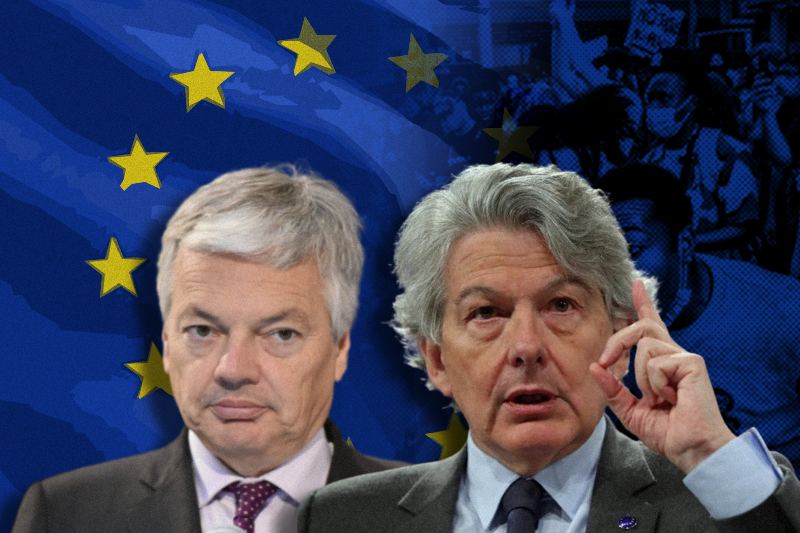 Europe – The EU (European Union) commissioners Thierry Breton and Didier Reynders presented the Commission’s proposal on corporate sustainability due diligence in Brussels, the capital of Belgium, on 23 February.

The ‘Directive on Corporate Sustainability Due Diligence’ would oblige firms to identify, prevent, and diminish human rights and environmental violations in their value chain. It would allow victims of the corporate world to seek justice.

Under this law, companies will also be required to establish a complaints procedure for victims. Firms need to monitor their due diligence measures and those of their suppliers.

Reportedly, Trade Commissioner Didier Reynders said that the directive responded to public demand across Europe. Reynders also said that there had been more than 500,000 replies in the public consultation process.

The proposal aims to promote responsible corporate behaviour throughout global value chains. Under the EU proposal, firms need to show that they are checking on labour violations such as health and safety, child labour, and environmental breaches in their manufacturing processes.

The trade commissioner said that the proposal comes in response to the citizens’ request that the services and the goods that they use in Europe be provided in full respect of human rights and do not cause harm to the environment. The proposal also aims to minimise potential adverse human rights impacts and adverse environmental impacts with suppliers and direct business partners. The EU proposal also includes a provision to ensure that the firms make efforts to limit global warming.

According to Euractiv, the EU countries that already have laws on corporate accountability will have to transform their national legislation to bring them in line with the new EU rules on corporate sustainability due diligence.

Reportedly, the directive will apply to EU companies that have more than 500 employees and a net worldwide turnover of more than €150 million. The due diligence rules will be enforced by national authorities who can impose sanctions on companies.