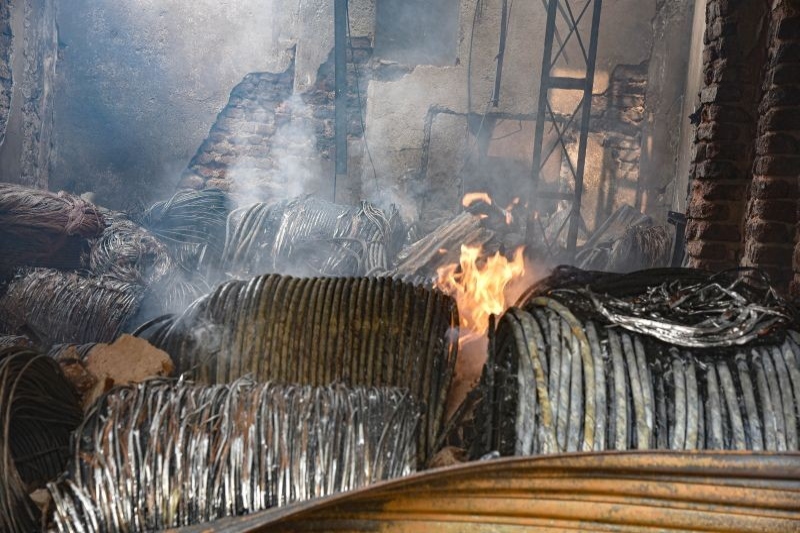 India – The CPI(M) City Committee has demanded that the government initiate strict measures against warehouses and contract agencies that have been functioning illegally in Hyderabad, endangering migrant workers’ lives.

This comes after eleven workers were burnt alive when a massive fire engulfed a godown in Hyderabad’s Bhoiguda area on Wednesday. The committee raised questions on how the godown was allowed to function for years without permission.

The workers began working at the godown a year and a half ago. Ten of the eleven migrant workers who died were from Azampura village in Bihar. They were sleeping in a room constructed above the godown at Bhoiguda when the incident happened. They could not save themselves as there was only one internal spiral staircase.

M. Srinivas, the City Secretary, said that many illegal contract agencies are exploiting the migrant workers by keeping them under deplorable living conditions. He accused the Labour Department of not taking any action against illegal agencies. He also demanded that the government immediately take up a survey on the living conditions of migrant workers in the city and adopt adequate measures for their protection.

Telangana Chief Minister K Chandrashekar Rao expressed shock over the tragic incident. He also announced an ex gratia of Rs 5 lakh each for the families of the deceased. Reportedly, Chief Secretary Somesh Kumar made arrangements for the return of the bodies to Bihar.

Indian Prime Minister Narendra Modi also expressed grief over the incident. He condoled the deaths and announced Rs 2 lakh compensation for each of the families of the deceased.

After the tragic incident, many political parties started questioning the government. They accused the authorities of not adopting measures to protect the migrant workers.