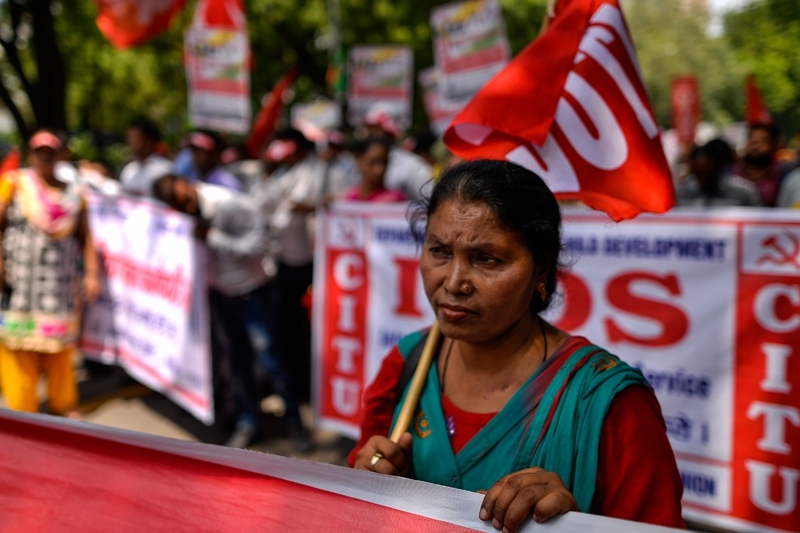 India – A two-day nationwide strike has been called in India by the workers who are drained with less payments and other half hearted attempts at ensuring their rights.

On Monday, millions of workers took this initiative to strike and expressed their anger at the weak economic policies of the government and no provisions for them to be guaranteed of their dues and rights.

They presented their demands before the concerned departments as well as the media saying that they want improvements in their rights especially those which are meant for industrial workers, employees as well as farmers.

Nearly a dozen labor unions functioning in the country have come together to pressurize the government into taking note of the miseries dealt by the laborers. They organized this strike in order to demand the government to provide universal social security cover for the laborers, workers in the unorganized sector.

They have also demanded a hike in the minimum wage under the flagship program where the center guarantees their employment. Other than that the workers are also asking the government to stop the privatization of the public sector banks as it creates financial pressure on the daily wage earners.

As per the union leaders, the strike is to highlight the dire conditions in which these workers are living. The strikers have asserted their demands to halt the process of monetising the state assets, an initial level planning that the government have been working on. However, the Indian government is focused on the recent changes that it is bringing. The Modi government has stated that it is privatizing the state-owned banks as it will overhaul the banking industry and as far as asset monetisation is concerned, it is being done to spur the economic growth of states by helping it raise money.