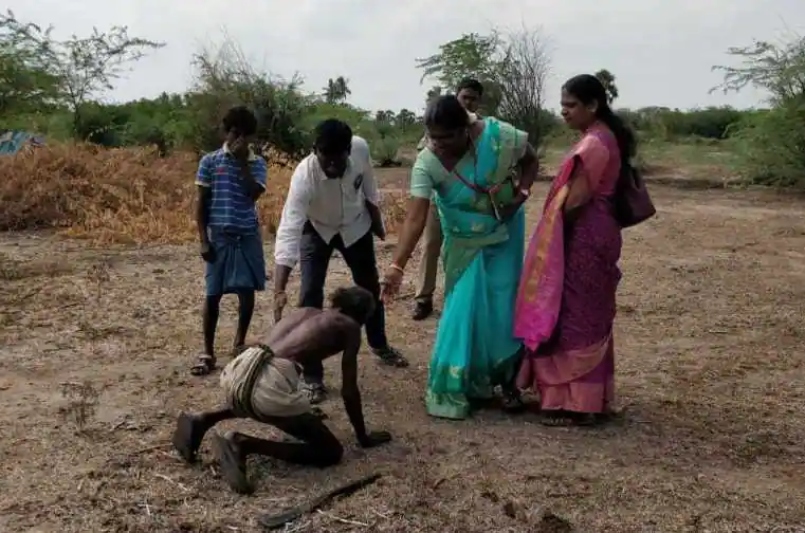 India – Eleven workers were confined as bonded labourers at a pine tree cutting unit in Mannur near Sriperumbudur in Tamil Nadu. They were rescued by the District Revenue officials on Thursday.

The Kancheepuram District Collector received the information that the workers were forced to do work at the tree cutting unit. The revenue officials led by RDO (Revenue Division Officer) and police went to the pine tree cutting unit on Wednesday night and rescued the bonded labourers.

District Revenue officials confirmed that three families were confined as bonded labourers, including seven men, three women, and an 11-year-old boy. They rescued Mariappan (26), Sanjeevi (29), Shanthi (22) and Chitra (25), from Achurapakkam; Shankar (23) and Shanthi (20) of Maduranthagam; and Rajendran (31), Ezhumalai (29), Raji (32), Subramani (39) and the 11-year-old boy of Thiruvannamalai, Tamil Nadu.

According to police, supervisor Velu managed to escape from the spot. The Revenue officials took all the rescued to the Sriperumbudur taluk office for an inquiry on this matter.

The workers claimed that they came for the wood cutting job but were confined at the unit and treated as bonded labourers. They were not even allowed to take proper rest. The supervisor used to force them to work for 20 hours a day. They were not provided with sufficient food, adequate water or proper shelter to rest. Most of the workers had bruises on their palms and fingers because of hard labour. They all worked for long hours, including the 11-year-old boy.

Reportedly, the rescued 11 people were sent to their native villages. The officials said that those workers will avail of all benefits under government schemes. The police officers are reportedly searching for Velu.

A large number of labourers work in harsh conditions for a meagre wage in India. Most of the time, contractors exploit them by forcing them to work for longer hours.