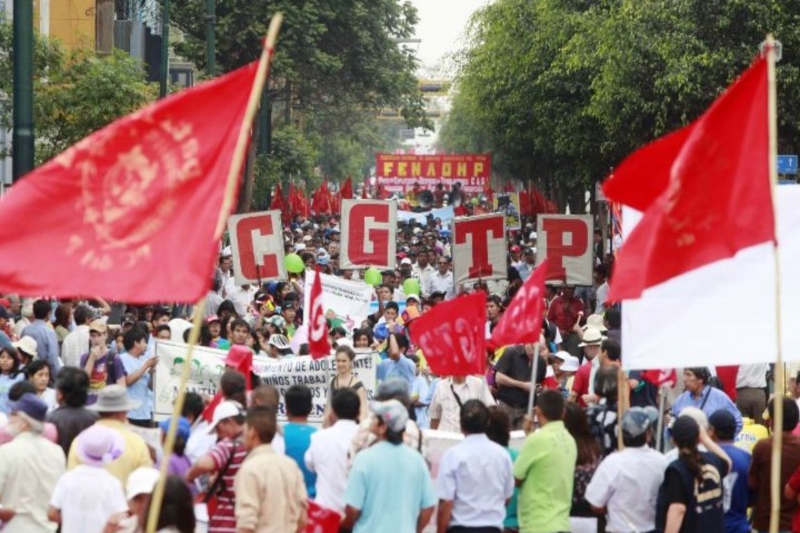 workers protest to demand an increase in minimum wage in peru

Peru – General Confederation of Workers (CGTP) and the Union of Education Workers (SUTEP) protested on Thursday on the streets of Lima, the capital of Peru, demanding an increase in the minimum wage.

They marched towards the Congress headquarters. They gathered there with banners and posters. However, violence did not erupt during the protest as it was guarded by Police agents.

The high energy costs mean that low-income earners can no longer make ends meet. Low-income can hardly keep up with general inflation. Workers complain that the pay is too low to cover basic necessities.

President Pedro Castillo said, “As a government, we must ensure that no protesters are persecuted and that their demands are met as soon as possible.” He said that he was also once a part of the peaceful worker protests when he served as a union leader.

This week, four people died after protesters and police clashed in Huancayo, in central Peru. Reportedly, 15 police officers were also injured by the stone.

On March 28, Peruvian transport workers began a nationwide strike against rising fuel prices prompted by the Russian-Ukrainian war. Truck drivers demanded that the government eliminate fuel taxes, review highway and toll concessions, and revalidate drivers’ licenses. Subsequently, other farmers and merchants joined the protest. Some farmers and truckers also blocked some main highways to Lima, leading to a sudden surge in food prices. Peru was already battling high inflation before the Russia-Ukraine war. In March, inflation hit a 26-year high. Reportedly, transport unions seek to reach an agreement with the Ministry of Transport and Communications (MTC) as fuel prices have increased by 37 per cent in 2022.