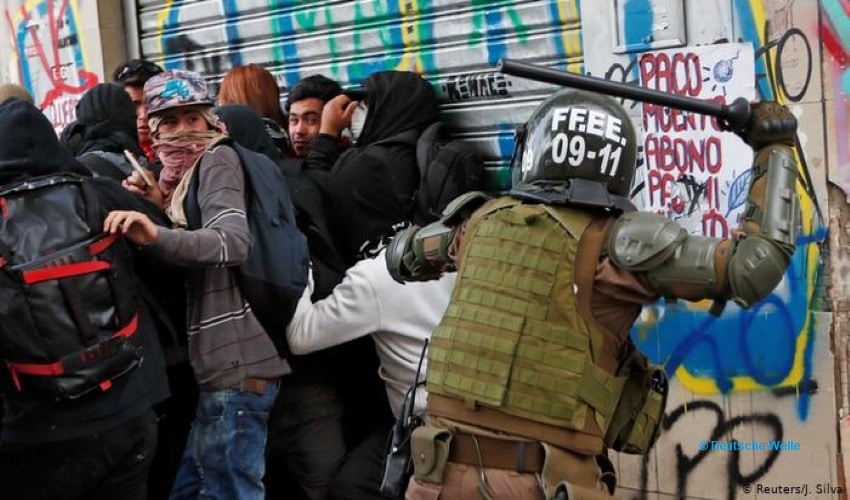 Chile has been facing the worst form of governance over the last decade. Come the pandemic situation and the Chilean population has faced governance that has prioritized material gains over health of the public.

Chile has been facing the worst form of governance over the last decade. Come the pandemic situation and the Chilean population has faced governance that has prioritized material gains over health of the public. Calling the virus as a good thing, it has been noted that the former Minister of Health, Jaime Mañalich, was encouraging people to visit pubs and cafes.

Chile is also known to be offering immunity certificates that apparently certify that a person is virus free. This is being termed as a false claim by the WHO that has said that there is no empirical evidence to prove that once a person has contracted the virus and cured of it, that there is completely immunity to not contract it again.

Research worldwide is trying to still discover the nature of the virus, which is said to be mutating as well.

The method of handling the pandemic as the medical facilities collapsed, have forced people to take to street and protest against a corrupt and inefficient government.

Under the leadership of the current PM Sebastián Piñera, use of military force has become common practice. Also, it has been noted that Piñera has criminalized any form of social public protest, taking away the right of expression from its citizens.

News reports have also been pouring in to confirm that the government remained ineffective in maintain any hygiene and safety protocols to be followed in order to contain the spread of the Covid-19. Instead, it continued to concentrate on opening the economy and running the financial machinery.

Even though a new cabinet was recently selected, the team remains in tandem with the oppressive ways of Piñera.  Chilean people are divided into various ethnic communities which are now being pitted against each other to suit the purpose of the government.

According to the Inter American Court of Human Rights, a declaration was broadcasted in August firs week, urging the Chilean State to respect the protection against the discrimination based on ethnic origin. The recommendation was completely ignored.  The ones in question include the Mapuche community that has been fighting for their ancestral lands and lithium mining that has become a threat to their existence. Their requests and fight has been met with police brutality and severe reprimand of civilians.

Piñera’s thumb rule has been to silence the raised voicing and continue to hold the power seat.  The general public has disapproved of his leadership and has asked for fair election and representation.

From the past of dictatorship that the Chileans have suffered, the old memories return as Piñera’s moves like a dictator, transforming meaningful protest and direct action as offenses against the democracy. Engaging in such acts now means risking summary execution, torture or disappearance. In this democracy, nominal rights to protest exist but remain severely limited. Social protest is frequently criminalised and direct action often equated with terrorism. All of this has been seen a gross violation of human rights and has been blatantly ignored by the government.