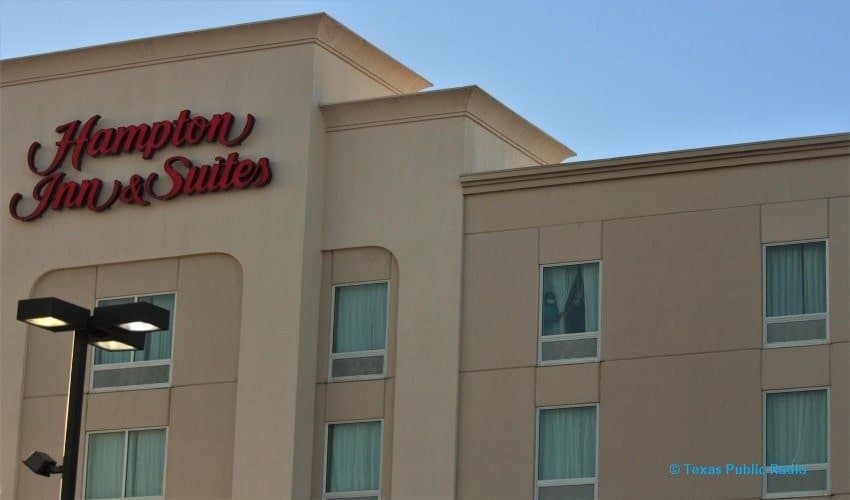 The US Immigration and Customs Enforcement has been authorising the detention of migrant children in hotels before their expulsion, putting them out of the purview of federal detention laws.

The US Immigration and Customs Enforcement has been authorising the detention of migrant children in hotels before their expulsion, putting them out of the purview of federal detention laws.

Major hotel chains are being used to hold children and families in custody at the American border with Mexico, leading to an unregulated system of detention and expulsions outside the purview of the safeguards designed to protect migrants. The New York Times obtained data to show that a private security company has been contracted to oversee these detentions, which have increased in light of the new pandemic policy which calls for swift expulsions of migrants trying to cross the border. More than 100,000 migrants, including children and families, have been summarily expelled under this policy. The administration tests the children for the coronavirus and expels them if they test negative. Those tested positive are held in quarantine till they are virus-free.

With the emphasis of quick detection and deportation, the hotels are being used as short term staging areas instead of the Border Patrol holdings, where migrants are known to languish for long periods of time. While conditions at the hotel might be better but they are also not suited for children, many of whom arrive at the border without adult supervision. Parents often send their children alone as they have better chances of being granted asylum. These children are housed in the hotel without proper supervision.

The U.S. government was caring for around 15,000 refugee children just a few years ago. Now the number is *under 1,000* because the Trump administration is kicking them out of the country as soon as they get here, using COVID as cover, back to whatever danger they fled. https://t.co/j2wVLVzEoT

While single adult migrants are more likely to be sent to Border Patrol holding stations, children in the hotels are difficult to track as they are not assigned identification numbers like in the federal detention system. This leaves parents desperately searching for their children.

And unlike in the highly regulated formal detention system, policies designed to prevent abuse in custody don’t apply to these hotel detentions. So the access to phones, healthy food, medical and mental care is not guaranteed under law. The provisions under the Prison Rape Elimination Act and the Trafficking Victims Protection Reauthorization Act are also not being adequately applied. So, the children could be exposed to abuse and neglect and there is no recourse. Furthermore, many of the hotels which are being used as detention centres say they are unaware of the program. This includes big names like Quality Suites, Hampton Inns, Best Western, Comfort Suites and Econo Lodge. Recently a legal challenge mounted on behalf of children detained at a hotel in Texas led to their release into a detention centre.