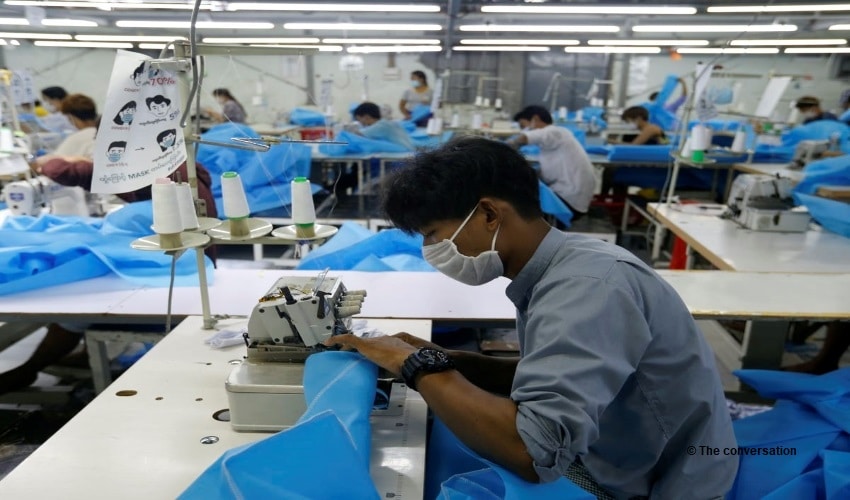 An international coalition of human and labour rights activists and advocates is urging major clothing brands to divest from suppliers in Xinjiang area in China, where millions of Uighur minority people are forced into labour in “reeducation camps”.

An international coalition of human and labour rights activists and advocates is urging major clothing brands to divest from suppliers in Xinjiang area in China, where millions of Uighur minority people are forced into labour in “reeducation camps”. A coalition of around 190 international organizations had called for an action under “End Uighur Forced Labour” in which demand has been made to formally withdraw any supply chain ties in the region by the big companies.

The call to action reads, “There is a grave risk that brands and retailers across sectors are benefiting from human rights violations, including forced labor, both in and from the Uyghur Region. This is especially true in the apparel and garment sector, which has been the focus of the majority of forced labor investigations in the region.” The experts say that apart from T-shirts and jeans, the recent hike in face masks demand too has put an emphasis on these conditions.

The Xinjiang area in China is home to millions of Uighur Muslim minority groups where they are detained in illegal camps, and are forced into cheap labour to manufacture clothing and other products to be supplied abroad as well as within the country. The region is patrolled with high security with mass surveillance.

A New York Times investigation published in July revealed that the massive demand of medical-grade face masks in the US is being met by the products being purchased from Chinese suppliers powered by Uighur people’s labour.  The NYT reported that before coronavirus pandemic only four companies in Xinjiang, China produced medical-grade personal protective equipment (PPE). But that number had exponentially grown to 51 by June end. Out of these at least 17 factories use Uighur labour transfer program to manufacture the products.

Disturbing story re forced labour in face mask production. @theresa_may did good work on anti-slavery laws, but do we need to do more?https://t.co/cNX2aNg8wC#antislavery #china #Uighur #forcedlabour #foreignaffairs

In March, the think tank Australian Strategic Policy Institute (ASPI) published a report that reveals that 82 foreign and Chinese companies have direct or indirect links with the Xinjiang region and similar regions regarding their supplier chain. “The tainted global supply chain that results from these practices means that it is now difficult to guarantee that products manufactured in China are free from forced labour,” the report determines. Companies listed by ASPI include major corporations like Amazon, Apple, Dell, Nike, Nintendo, Uniqlo, Victoria’s Secret, and Zara.

“End Uyghur Forced Labor” is focused to bring light the potential for abuse in the apparel and textiles industries.