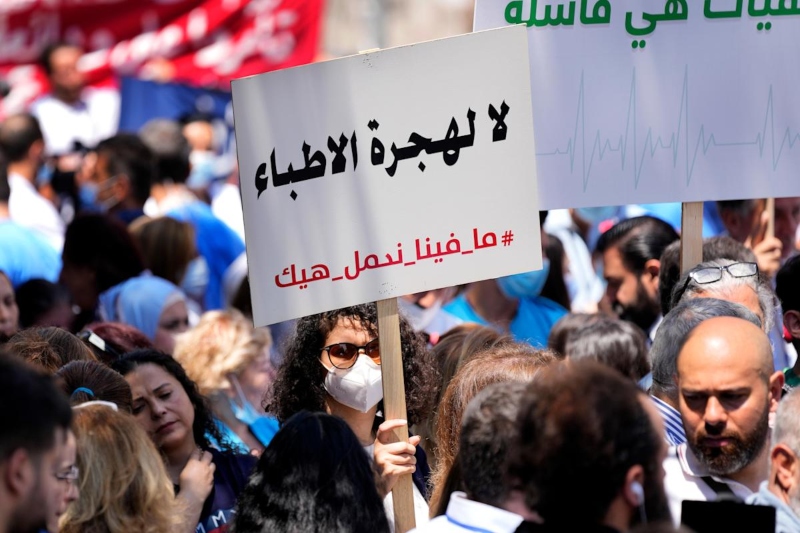 lebanon’s doctors and hospitals go on a 2 day strike

Lebanon – Two medical professional organizations, the Syndicates of Doctors in Beirut and the North and the Syndicate of Private Hospital Owners, have called a strike, claiming that they can no longer bear Central Bank policies that allow banks to impose arbitrary capital controls and other limitations.

Only emergency cases and dialysis patients will be admitted to hospitals during the strike, which concludes on Friday, according to the unions.

Lebanon’s medical industry, which was among the strongest in the Middle East until a few years ago, is on the verge of collapsing.

The local currency has lost more than 90% of its value against the dollar since the crisis began in October 2019, wiping away salaries and savings. Thousands of doctors and nurses have left the country, and a substantial number of pharmacies have closed, resulting in serious shortages of drugs and medical equipment.

Several hospitals have issued warnings that they will have to close due to a lack of funds to cover their bills and pay their staff’ salaries.

“Hospitals will close because they can no longer operate.” “When we don’t have access to cash, we have to pay cash,” said Suleiman Haroun, the leader of the private hospitals’ union, who joined the protest in Beirut with a few hundred colleagues.

He blamed Central Bank policies for the sector’s demise.

Meanwhile, the Lebanese pound continued to drop against the dollar, selling on the illicit market for roughly 35,600 pounds on Wednesday. For 22 years, the Lebanese currency was fixed at 1,500 pounds to the dollar, until the crisis in late 2019.