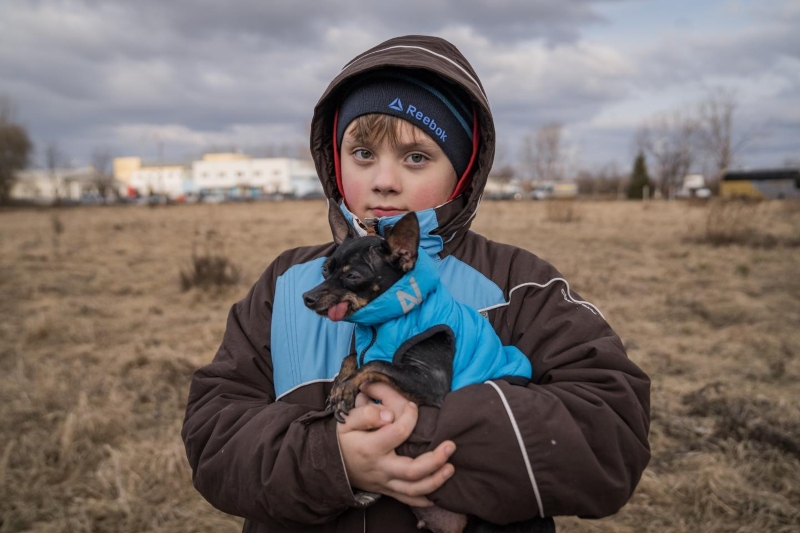 children fleeing war in ukraine at risk of trafficking and exploitation

Ukraine – Children fleeing war in Ukraine are at risk of human trafficking and exploitation. More than half a million children have already crossed borders as refugees into neighbouring countries because of the Russia-Ukraine crisis.

The United Nations Children’s Fund (UNICEF) shared the data on Sunday. The UN’s children’s humanitarian aid organization said that children are the most to suffer because of the ongoing crisis. The UNICEF warned on Sunday that Traffickers often exploit children during large-scale population movements.

With 1.5m refugee children having fled Ukraine since 24 February, the urgent need for eradicating human trafficking and exploitation is growing. Many people are reportedly displaced by violence inside the country.

UNICEF and the Inter-Agency Coordination Group against Trafficking (ICAT) analyzed the trafficking victims. According to a recent analysis, 28 per cent of identified victims of trafficking globally are children. UNICEF child protection experts believe that children can be potential trafficking victims amid the war.

Afshan Khan, UNICEF’s Regional Director for Europe and Central Asia, said that the Russia-Ukraine war could lead to a massive surge in human trafficking and an acute child protection crisis. Khan said, “Displaced children are extremely vulnerable to being separated from their families, exploited, and trafficked.”

Reportedly, UNICEF and UNHCR (United Nations High Commissioner for Refugees) in partnership with governments and civil society organizations, are setting up ‘Blue Dots’ to protect and support children and families who have fled Ukraine. With ‘Blue Dots’, women and children can seek help from the organization. ‘Blue Dots’ have already been established in countries hosting Ukrainian children and women.

Russia is continuously making advances in the ongoing conflict in Ukraine. Ukraine is witnessing intense fighting between the Russian and Ukrainian troops.