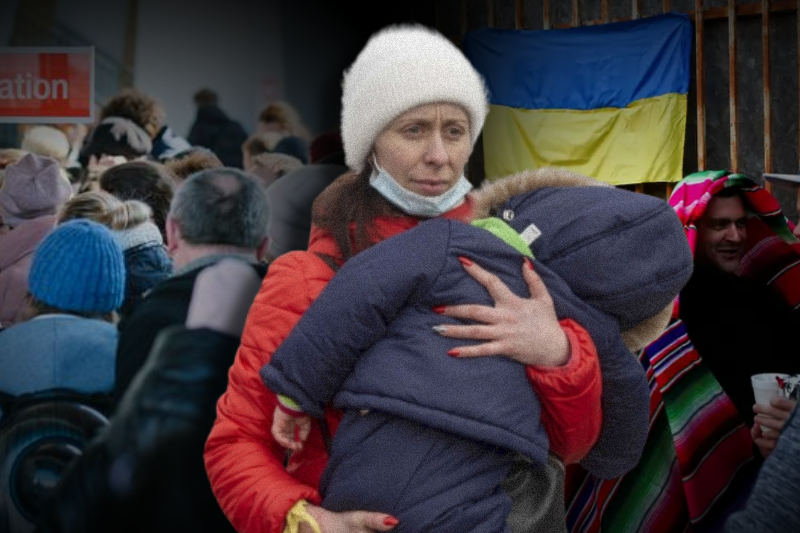 Ukraine – As Ukraine is resisting fiercely the aggressive offensive from Russia, countless civilians are making the plunge towards unknown future everyday by fleeing the merciless war in their country, hoping for a safe refuge. These Ukrainian civilians have a news for other European refugees – the fastest way to United States is to make way through Mexico. And they have a strong network to back this plan.

In the western US, a loose volunteer coalition mainly from Slavic churches, is supporting hundreds of refugees who are flying down to the Mexican borer city of Tijuana. These refugees are being guided to hotels, shelters and churches by volunteers where they wait for couple of days before being led into US by officers on humanitarian parole. This system has been remarkably set up in two weeks time by the volunteers along with US and Mexico officials with stable supply of food and assurance of security, transportation and shelter to hundreds of refugees reaching from Ukraine.

These volunteers are not under any group name or leader, but instead wear badges in blue and yellow representing the Ukrainian flag. The aid workers started initially writing down the waiting list of refugee names on a notepad and later on switched to a mobile app that is originally used to track the church attendance.

“We feel so lucky, so blessed,” said Tatiana Bondarenko, who traveled through Moldova, Romania, Austria and Mexico before arriving in San Diego on Tuesday with her husband and three children. Her final destination is Sacramento in California, to live with her mother. Ukrainians have lauded the system of refugee movement across US border and beyond a well-oiled machinery, like waiting for their turn in a restaurant.

Biden administration has said to accept up to 100,000 Ukrainians, but the only route is through Mexico that assures of big refugee number crossings. US consulates in Europe are lacking enough appointments and refugee re-settlement is a lengthy and time consuming process.