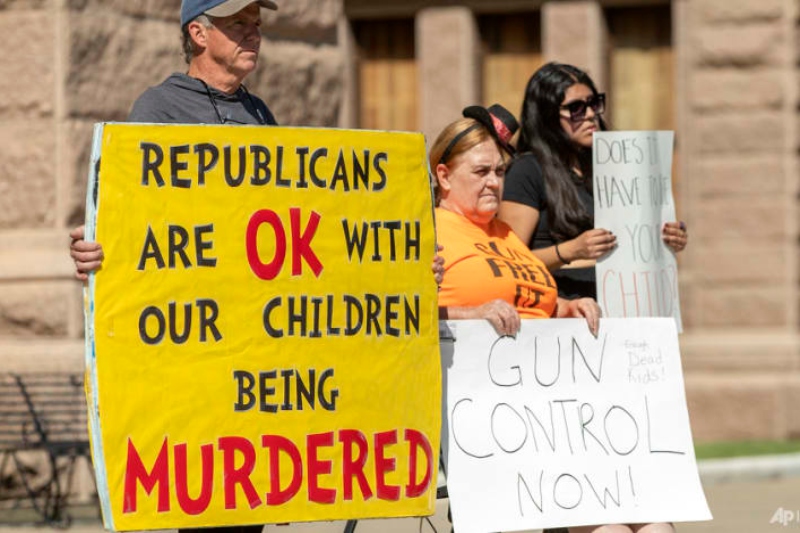 United States – It is terrible to see the way children have been losing their lives to the careless of the adults in the United States. IN a country which somehow just can’t do without guns, children are becoming the easy targets.

The recent massacre in Uvalde Texas was a simple reminder of how dangerous this freedom to hold weapons has become. In a democratic nation like the US, almost 400 million arms are owned by civilians. The unfortunate incident saw the death of some 19 fourth graders (nine-year-old) and two adults.

Ongoing from Trump’s presidency, the gun laws have not made any progress and one wonders why is that so. Will Joe Biden’s presidency also yield no blows on this senseless owning of gun regime in the US.

This is not the first school to face this kind of a disaster. In the past, schools like Columbine High School, Virginia Tech, Sandy Hook Elementary, Marjory Stoneman Douglas High School have all been victims to such heinous crimes.  Gun based violence is not restricted to schools itself. Senseless and careless handling of guns even in the confines of home, is no better, in the US.

For decades, car crashes were the leading cause of death for Americans ages 1 to 19. But the gap between car crash deaths and firearms deaths began to steadily narrow in recent years. In 2020, gun violence overtook car accidents to become the No. 1 cause of death for U.S. children and adolescents.

That is indeed a scary statistic. Meanwhile, shooting reports have continued to pour in across the nation over the weekend.

How To Be Happy At Work? 5 Simple But Effective Tips