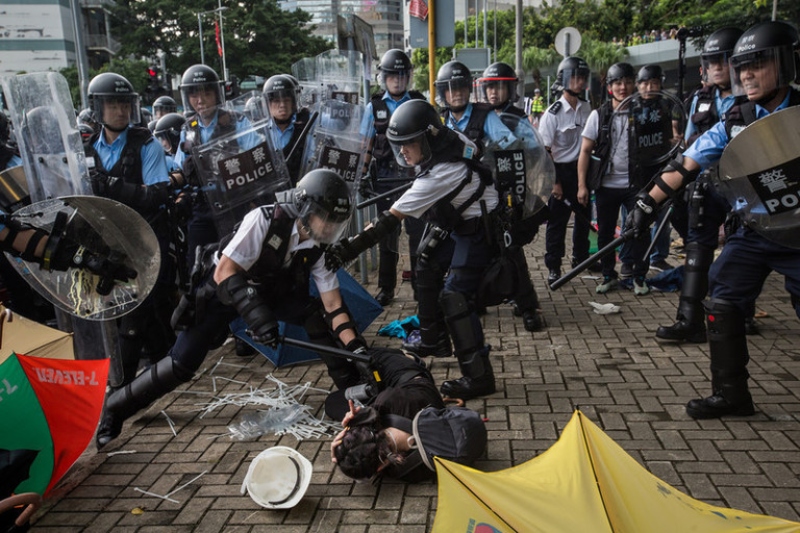 India – On Tuesday, the National Human Rights commission urged action on Police brutality on students when they were protesting against the changes in the Railway Recruitment Board.

As per a legal website, the commission asked the concerned authorities to take action within the interval of eight weeks against the police officials. An Allahabad High Court lawyer Ganjendra Singh Yadav was the one to first file the complaint with NHRC.

The lawyer attached videos as well as pictures of the protest as he submitted the complaint to the commission. The letter addressed tha action that the police forces took while trying to diffuse the matter which saw students protesting against the recent changes made by the railway department.

There were demonstrations at various parts of Uttar Pradesh, Bihar and other neighboring states but the complaint was concerning the police action against students protesting in Prayagraj.

The complaint read that the peaceful protest turned brutal or violent because of the police officials who became aggressive on students. It read, “It was a peaceful agitation by students regarding the Railway entrance exam but the police took unreasonable steps to stop them.”

Police not only beat them with the lower side of the guns they were hlding but also ended up calling them terrorists. The NHRC has hence sent a letter to the police department seeking answers on their actions. The commission asked for details in the matter within eight weeks of duration. There was a violent clash between the police and the protestors nearly a month ago which saw police loosely releasing their hands on the students who were protesting peacefully initially.  Post the clash, several videos, pictures went viral and six police officials including one Inspector were suspended from their duty.