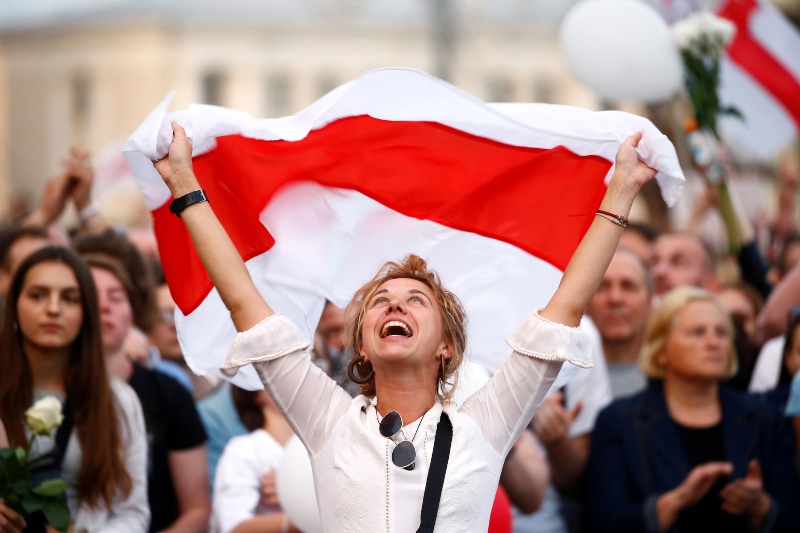 Belarus is the only country in Europe and Central Asia that still uses the death sentence, the cruelest, most inhumane, and demeaning punishment in the world.

This law, which violates Belarus’ international obligations, is the latest example of Belarusian authorities’ flagrant disregard for human rights.

It’s especially concerning because the Belarusian authorities have a dangerously ambiguous definition of terrorism, and terrorism-related accusations have been used to persecute political protest. Authorities have long associated peaceful protest and free expression with violent crimes, and this law is a disturbing indication that they are intensifying their repression and raising the stakes to dangerous new heights.

In Belarus, opponents of the regime now face the risk of being shot if they dare to speak out, amid a suffocating restrictive political climate. We demand that Belarus end its brutal, inhumane, and degrading treatment of political opponents and human rights campaigners once and for all.

On May 18, President Alyaksandr Lukashenka signed new law introducing the death sentence for “attempts to carry out acts of terrorism.” The law will take effect 10 days after it is published.

The Belarusian parliament enacted a measure in April broadening the applicability of the death penalty, which is said to be in response to recent sabotage attacks on the country’s railway network.

Opponents of Russia’s invasion of Ukraine are said to have exploited such occurrences as a covert tactic to prevent Russian military stationed in Belarus from crossing the border.

Hundreds of political activists have already been charged with “attempted terrorism,” according to the Viasna Human Rights Center. Sviatlana Tsikhanouskaya, an exiled Belarusian opposition leader and Alyaksandr Lukashenka’s major rival in the hotly contested 2020 presidential elections, is one of them.

The death penalty is now used in Belarus to punish serious murder, but it is also a legal punishment for acts of terrorism that result in death.