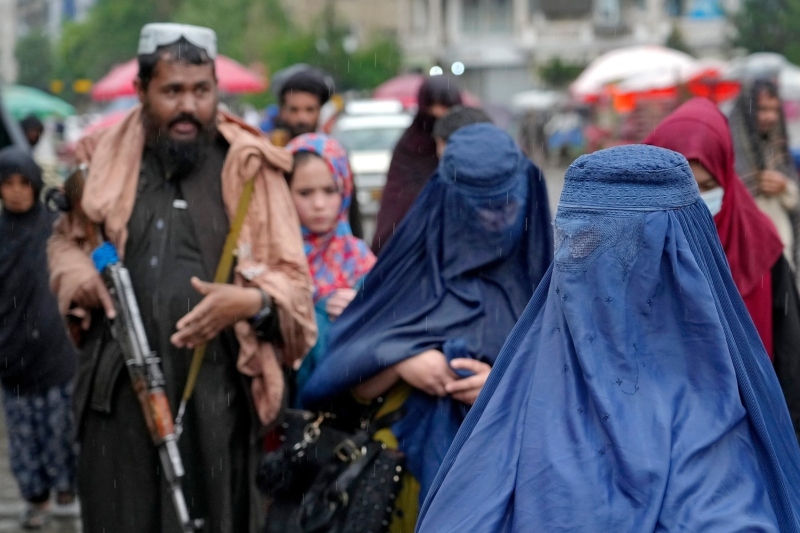 Afghanistan – Taliban regime in embattled country of Afghanistan is not backing down from assaulting human rights of women in the country. The latest order by the Taliban requires TV presenters in the country as well as other women ‘on screen’ to cover their faces while presenting on air. The decree was told to the media outlets on Wednesday.

This ruling comes after a period of two weeks when all women in the country were ordered to cover their face while in public, or be ready to face punishment.

The regime, after taking over the power last year in September following sudden exit of US troops, has been continuing its crackdown on Afghanistan’s women. Their rights are under constant attack by the Taliban.

Apart from issuing decree to cover their faces in public, the women and girls in Afghanistan are now required to come out of their houses only with a male guardian. Secondary schools have been also banned for girls, blocking their right to education.

A “shocking” decree, to say the least

“They are putting indirect pressure on us to stop us presenting on TV,” said one female Afghani journalist who works for Kabul’s local TV station. “How can I read the news with my mouth covered? I don’t know what to do now – I must work, I am the breadwinner of my family,” she added.

Spokesperson to Taliban’s Ministry for the Prevention of Vice and Promotion of Virtue has said that the new decree will be coming into effect from May 21. It is however not clear what consequences the people who do not comply will have to face.

The women and activists fear that the ultimate agenda of Taliban is to force women to stay at home and exit from workplaces through the highly restricted laws. What is your opinion about this? Comment in the section below and join the conversation.