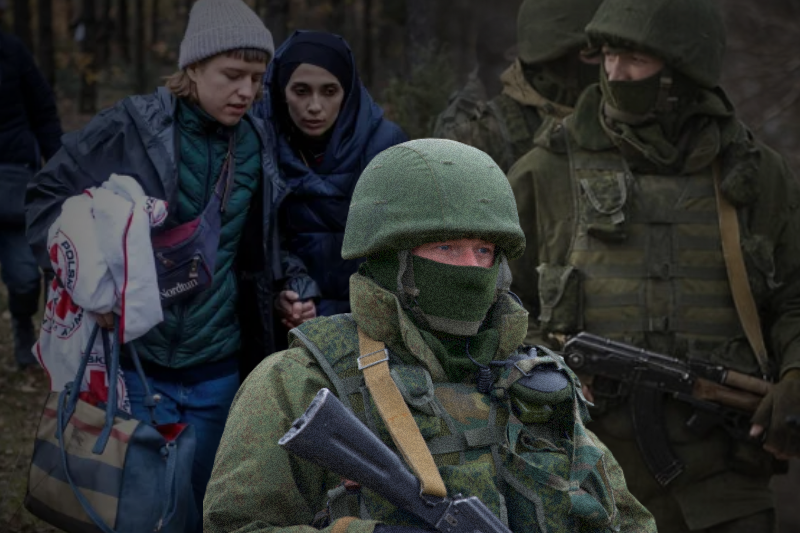 Europe – It is difficult for Poland to manage what it is having to manage as Russia creates pressure over the Ukraine border. A sudden influx of Ukrainians is thronging the the Shegyni-Medyka checkpoint on the border between Ukraine and Poland. Refugee status is on the call and there is no way to stop this but by gentle talking and compassionate persuasion for them to be sent back home.

According to a formal statement made by Deputy Interior Minister Maciej Wąsi on local television, Poland is now preparing itself for an influx of almost a million people. It has not seen such a surge before, but it might have to handle on soon.

Ukraine shares borders with EU members Poland, Romania, Slovakia and Hungary, but has the closest ties with Poland. While the country has had to fight for its legitimacy, its next strongest ally is America, who is fighting tooth and nail to put economic sanction pressure on Russia, to push it back.

Russia, in its argument says, it is deploying troops to push back NATO nations. Ukraine has become a bargaining chip between all of them, at the moment, and Poland might be caught in the spiral of helping a friend.

The Polish government has pledged solidarity with Ukraine as tensions with Russia rise. Ukrainians would become “real refugees” and will receive help, Wąsik has added. “In line with the Geneva Convention, these people will be under Polish protection, and we absolutely won’t say no to helping them.”

The big question is whether Poland has the capacity to take care of such a huge influx as in the past when Belarus saw a sudden surge of refugees yearning to cross the Polish border, they were pushed back, attracting criticism from human rights groups that a NATO member had denied commoners the right to asylum. Polish response to the Ukrainian situation is quite different for one reason that Ukrainians naturally have the right to visa-free entry into the EU and Ukraine borders. So authorities cannot claim that refugees should seek asylum elsewhere.