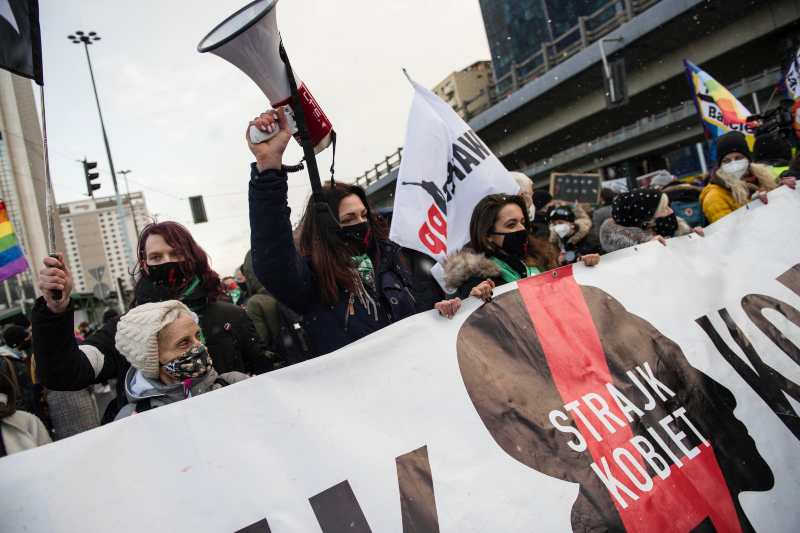 These heightening threats began during the ongoing public dissent led by the Women’s Strike movement after an October 2020 decision by Poland’s Constitutional Tribunal that rejects the right to legal abortion.

The HRW urges Poland’s authorities to investigate the matter fully and punish those that are responsible for such threats and provide protection to the targeted women activists. They should likewise counter oppressive misinformation campaigns attacking the female activists.

CIVICUS, IPPF-EN, and Human Rights Watch gathered data between March 15 and March 26 from seven organizations in Poland that were intimidated because of their work or for supporting women.

In Warsaw, around six human rights groups and women rights organizations such as Women’s Rights Center and Women’s Strike, and Feminoteka got a bomb threat in an email on International Women’s Day, March 8, 2021.

The activists were threatened to pay back for supporting the Women’s Strike movement, which has been at the cutting edge of the mass rally after increased constraints on the right to legal abortion. A few organizations even got multiple bomb threats through emails.

Poland, where LGBT+ people are existing in defiance and in search of their missing human rights

However, the police limited the security risks and made no promises to open or conduct a full probe on the matter. According to the HRW News, only one individual that had filed a complaint was informed after inquiring by the police that they had forwarded the file to the prosecutor, however, she got no additional information on whether the prosecutor would seek the probe.

The women activists stated that their insecurity has intensified by government authorities’ media campaigns and rhetoric trying to defame them and their work.