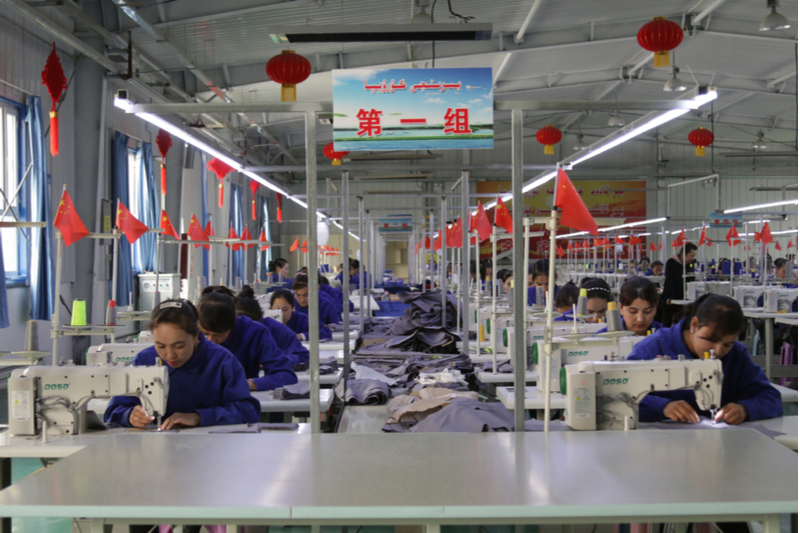 BEIJING: China shrugged off, on Tuesday, United Nation’s (UN) concerns over the alleged forced labor and detention of Uyghurs in the northwest Xinjiang region of the country.

Recently, UN Working Group on Business and Human Rights had raised its concerns over the reported grave violations of human rights in the area.

The group is one of the eight UN independent human rights watchdogs mandated to raise concerns over violations of human rights.

The group said Uyghur workers have been under exploitative working and abusive conditions in arbitrary detentions from where whiffs human trafficking, forced labor and enslavement come out.

Responding in a statement, Liu Yuyin, said that the UN-constituted body was publishing “maliciously distorted facts” was spreading “lies forced labor” against China.

The spokesman of Chinese Mission to the UN in Geneva said that the UN Group was doing this “out of bias and political purposes.”

“China is holistically a socialist country in which 56 ethnic groups reside and they are closely united as equal members the Chinese nation that forms a big family,” he said.

Liu said that people belonging to all ethnic groups, including the Uyghurs, avail and enjoy equal work on equal footing with an access to rights and freedoms to do whatever jobs they want. ​​​​​​​

He asserted that “China firmly rejects and categorically opposes the accusations attempted to stigmatize China.”

UN Human Rights Council (HRC), on Monday, said that they had information that of severe violations of human rights and abuses against Uyghur workers.

“We are concerned over these alleged violations that, if true, would be grave human rights abuses,” the Group said in a statement.

“We are ready to enhance our dialogue with Chinese government welcome its prompt response to the allegations,” it said.

The group has urged China to let fact-finding missions a completely unobstructed access to the country so that the Xinjiang region, where most Uyghurs live, can be cleared of all mists.