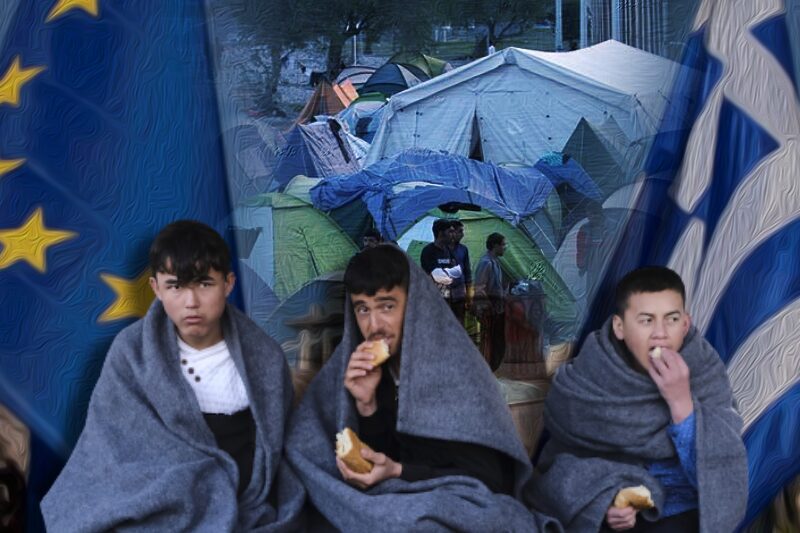 EU Home Affairs Commissioner Ylva Johansson, who during her recent visit to the Greek island of Lesbos, appreciated the nation’s handling of migration crisis but at the same time demanded the Mediterranean country to build more camps and adopt more transparent approach towards application procedures. While Greece’s migration minister, Notis Mitarachi, took the opportunity to emphasise the country’s increased struggle with migration crisis over the last couple of years.

Though the two disagreed over the bloc’s strategy towards managing the region’s migration, as Greece felt too burdened by it, but both the leaders agreed on “controlled entry and exit” of refugees. It implies that the state would grant entry to certain refugees and would also allow the asylum-seekers to leave the camps at certain times.

Besides, in order to avoid friction between migrant refugees and the local population, the Greek government decided that the new camps would be built at far away location. Greece, bearing the direct brunt of the refugee inflow, received over €3 billion ($3.5 billion) worth fund from Brussels to maintain the migration hot spots in its territory. EU also provided extra funds for rebuilding of Kara Tepe camp, which was built as a make-shift arrangement for immediate transfer of refugees after Moria refugee camp got burnt down to ashes last September.

But both the union and the nation acknowledged the fact that building new camps wasn’t a permanent solution to the issue. The nation rather pushed for a “fast and fair asylum procedures”, where in asylum seekers had the liberty to directly apply for asylum in other European countries as well. Besides, the country has been hoping for Turkey to sincerely abide by the 2016 migration deal, as per which it was decided that Ankara would take in refugees applicants whose asylum applications were rejected by the Greek islands.

Despite Greece’s coverup for its failed migration management policies, many rights workers highlighted the country’s lack of intention to support refugees. Fenix, the organisation which provides humanitarian legal aid to asylum-seekers, slammed the country for conveniently opting for deportation more often than considering the application. Amanda Munoz de Toro, executive director of Fenix, said, “Deporting people is a priority, but guaranteeing them adequate legal assistance is not.” She stressed on the flawed procedure adopted by the state and said that during the applicant’s interview “often the translation is not good, or people conduct online interviews without a camera, which means that the person in charge cannot see his counterpart — which is important to be able to assess credibility”. She added that there have been instances where the authorities did not respect the privacy of the applicant, otherwise required for migrants’ protection. She said, “Case workers are often not trained to deal with these people and don’t know what questions to ask.”