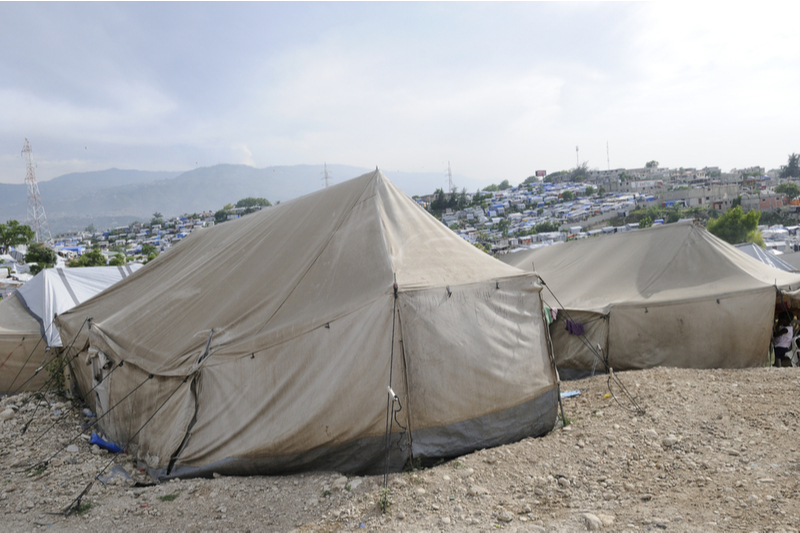 On Monday, EU home affairs commissioner, Ylva Johannson visited Greece’s Lesbos and Samos islands. During the visit she announced EU’s decision of providing €250m in funds for establishment of refugee camps and infrastructure on islands of Lesbos, Samos, Chios, Kos and Leros. The announcement was made amid huge crowd gathered outside town hall in Mytilene, capital of Lesbos. Demonstrations by crowd were against Ylva’s visit marked with Greek flags and people calling out for solidarity and support from the European Union.

Signs read “No to European Guantánamos. Shame on you, Europe” and “No structures on the island, Europe take responsibility.”

In a joint press conference with Notis Mitarachi, Greek immigration minister, Ylva said that its important that migrants and refugees must not be given shelter in temporary camps in an aftermath of fire at Moria camp in Lesbos any longer. She further called for quick asylum processing for migrants. EU is said to be in talks with Turkey to return to accepting migrants from Greece. “Even if you are not eligible [to stay in Greece] you are a human being – you have rights and dignity and should be treated accordingly,” she added.

The new centres for migrants on islands of Kos, Samos and Leros are foresighted to be ready in three months. These camps will have better and ‘dignified’ living conditions but control on entry and exit would be imposed with fencing around the camps.

The humanitarian workers and activists on field however have a different point of view and many have raised concerns over the days ahead. Stephan Oberreit, Médecins Sans Frontières’ head of mission in Greece said, “Ylva Johansson’s visit in Lesbos and Samos to promote new camps and a ‘Europeanised’ migration policy show how EU leaders live in a parallel universe.”

Underlining the main crisis hidden under covers Oberreit said, “We have said it several times: continuing to clone and repackage the containment model is the best recipe for a catastrophe. It is time to demand dignified alternatives to camps and access to a fair and dignified asylum procedure, otherwise those seeking safety in Europe will continue to suffer.”