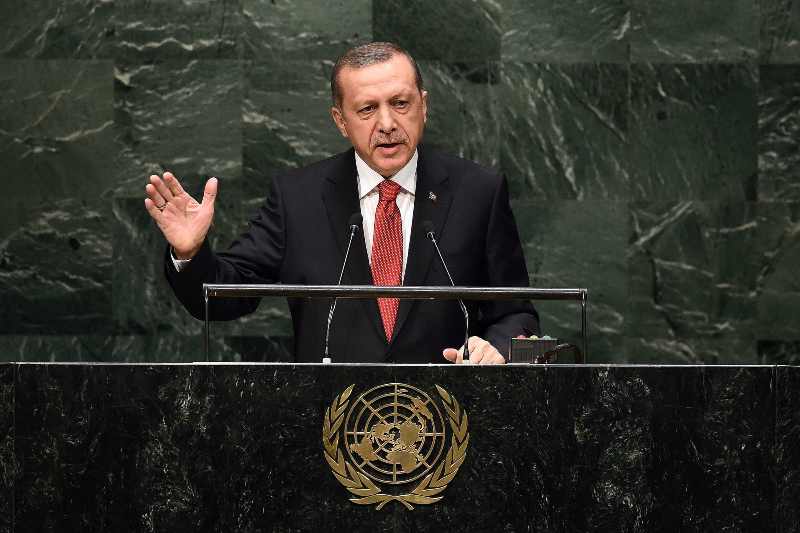 In the pursuit to achieve Turkey’s longstanding dream of becoming part of the European Union, Turkish President Recep Tayyip Erdogan has been trying very hard to brush up the country’s image, especially the human rights violations committed under his rule over the last decade. As part of his new campaign of presenting a more liberal and accommodating Turkey to the world, Erdogan launched a “human rights action plan” vouching to protect freedom of expression.

Turkish leader, much to the surprise of his western critics, said that he wanted to strengthen civil liberties in his country, which his regime has been accused of suppressing to redundancy. As part of his new campaign, the Turkey president said, “Our aim is to strengthen even more the concept of a state of law based on human rights. We will regularly review legislation and implementation accordingly and will take all necessary precautions. Thereby, we are speeding up talks with the European Union, especially on issues that we expect to encounter in the visa liberalization dialogue.”

The on-and-off negotiations with the European Council, which has being ongoing since 2002 Copenhagen conference, brought Erdogan another window to try his luck once again before the upcoming presidential elections, scheduled for 2023. The bloc announced that the Union’s leaders would be meeting this month to review Ankara’s ties with EU and to contemplate if the bloc should consider Turkey’s application to be part of the bloc.

Despite Erdogan’s efforts, Turkey’s chances of admission into the bloc seem to stand slim as the nation strained its ties with EU due to Erdogan’s extensive energy exploration drive in the eastern Mediterranean, which triggered regional dispute. Besides, Turkey’s blotted human rights record. Erdogan’s pledge to improve the country’s troubled record on human rights comes ahead of a key meeting over the country’s EU accession hopes.

Though in reality, about 22 human rights organizations, forming part of the Solidarity Network for Human Rights Defenders, raised the complaint regarding Turkey’s increasing grip over these organizations, as they lost a significant chunk of their operational space due to coronavirus restrictions. In an attempt to stifle dissenting voices for condemning the Erdogan administration several organizations were also prohibited to hold their general assemblies in February. Besides, the authorities banned all outdoor protests throughout the year along with detaining and questioning several doctors who criticized the government’s handling of the pandemic.

Besides, last month International Press Institute (IPI) published a report titled “Turkey’s Journalists on the Ropes,” to emphasize the demonic implementation of Ankara’s continuous throttling of the freedom of the press. Ironically, the report was supported and funded by the EU, along with 11 international organizations which work towards reinstating freedom of speech and human rights. These included the Association of European Journalists (AEJ), the Committee to Protect Journalists (CPJ), the European Centre for Press and Media Freedom (ECPMF), the European Federation of Journalists (EFJ), Osservatorio Balcani Caucaso Transeuropa (OBCT), PEN International, Reporters without Borders (RSF) and the South East Europe Media Organisation (SEEMO).

The report highlighted, “Turkey’s press freedom crisis is worsening amid growing state capture of media, the lack of independence of regulatory institutions, and a new social media law designed to clamp down on the remaining spaces for free comment.” It added that the most frightening aspect of the current scenario was its control over the judiciary which all the more encouraged the Turkish government to limit the freedom of the press.