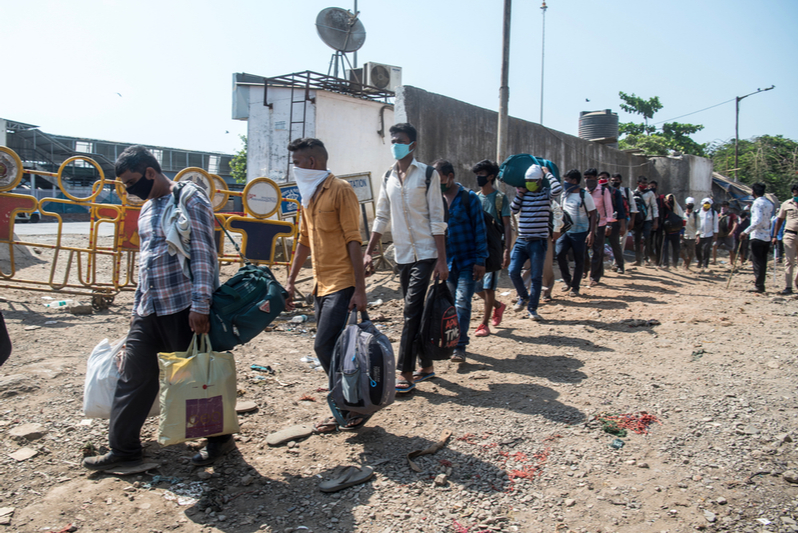 The Indian Express’ Thinc Migration webinar which was organized by Omidyar Network India discussed and examined whether states in India are able to take care of internal migration by migrant workers within their own borders.

The panel aimed towards having a solutions-oriented talk between some of the most brilliant minds and knowledge experts across industry, academia, civil society, and the administration.

In 2020, the covid-induced nationwide lockdowns made India take notice of its 400 million local migrants. Presently, the nation is experiencing a second coronavirus wave and is able to successfully continuing vaccine rollout. However, the aim of the panel was to discuss and find policy solutions that could identify and tackle the needs of migrants which is also necessary.

Professor Chinmay Tumbe spoke about the aftermaths of nationwide lockdown in 2020 on migrants, where India was apparently the only nation that faced such a massive migration crisis. However, internal migration also takes place all around the globe.

“Therefore the main question arises is why did we put ourselves in this insane circumstance in 2020, when we had a large number of migrants stranded and attempting to return home. The answer is that the lockdown was not planned well as there are over 100 million migrant workers. Moreover, many of them are daily wagers that are leading very uncertain lives,” Tumbe added.

Tumbe also pointed out that migrants heading home during the nationwide lockdown was not unique as there are have been many such incidents all through world history. However, the fact of the matter is that the policymakers need to take two things into account; how do we arrange for migrant workers to get back home as soon as possible during pandemic or incase of surge in cases, and how do we guarantee their social security at least for a few months in case of a lockdown.

The other thing that the pandemic brought to light was the sheer numbers of migrants in India which was far greater than the recorded numbers that took the Shramik trains, Tumbe highlighted.

However, in India, we do have certain departments that work for the migrants but they are exclusively working for the international migrants, like Gujarat has the Non-Resident Guajarati (NRG) which caters to the needs of Guajarati working abroad as well as the ones working within India.Similarly, Non-Resident Keralites Affairs (NORKA) which is taking care of the Keralites working abroad. Therefore, good nativist policies should be implemented by the government, Tumbe suggested.

He further added, one year down the line, there is a ray of hope with the big promise that the Central government made which was the ‘one nation one ration card’ that is yet to be fully implemented.

This is a great opportunity for India to seriously assess its strategy towards internal migration issues especially after experiencing a huge migrant exodus in 2020.

There are many questions on which one can debate, e.g.; do we know adequate about the matter? Should India proceed towards having more internal migration or more concise? Is India prepared to leverage its diverse population via migration to encourage economic growth?

On 3 March 2021, the Haryana governor Satydeo Narain Arya approved a bill granting 75% reservation in the private sector to job seekers that have a state domicile certificate. The bill will give a quota for local people in private-sector occupations that give a salary of less than ₹50,000 a month.

On 17 March 2021, the Jharkhand state government also signed a similar policy providing 75 percent of employment in private sector industrial units reserved for locals. Many critics and analysts beg to differ on the above state policies. Some seem to be pleased and many criticize saying that as Indian citizens, it is our right to go, live and work in any part of the country and there is no need for quota reservations. However, the legal experts say that the new law was in violation of the Constitution and will not withstand judicial scrutiny if challenged.