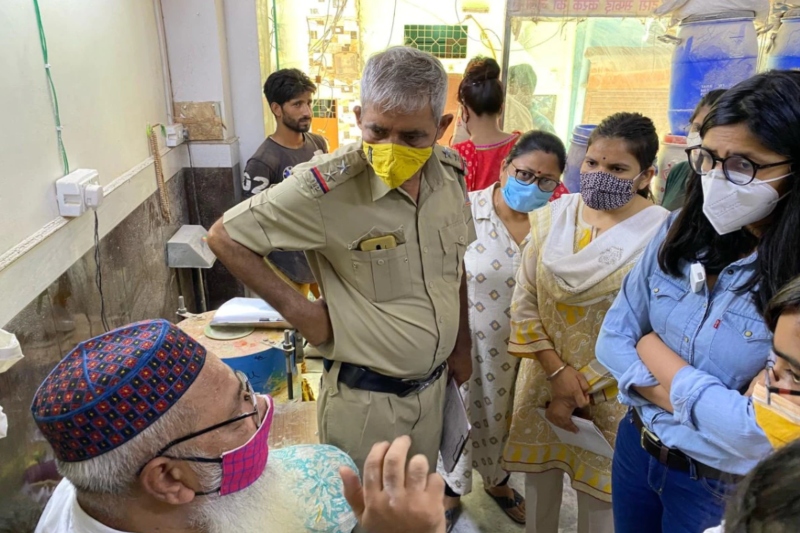 India – A 12-year-old child labourer was rescued by the Delhi Commission for Women (DCW) and the Delhi Police from Delhi’s Ashok Vihar on February 3. The 12-year-old girl was abandoned by her mother and forced into child labour.

The girl belonged from Lucknow in Uttar Pradesh. She was forced to do work in Delhi. She was allegedly forced into child labour at the age of 10 by her mother. Reportedly, she was made to work as domestic help by her mother at a Delhi household. Since then, she has been working in Delhi, but without any payment.

When the Delhi Commission for Women received this information from an anonymous source, it started tracing the location of the girl. In coordination with the Delhi Police, the commission traced the girl and rescued her from Ashok Vihar. Subsequently, the police registered an FIR (First Information Report)  in the matter.

After her rescue, the girl said that she was made to work throughout the day and was never allowed to leave the house.

The girl has been sent to a shelter home to get food and water. The commission is in touch with her, according to a statement issued by the women’s body.

The Chairperson of the commission, Swati Maliwal, also issued a notice to the Delhi Police. She sought arrests of the accused who forced her into slavery. The chairperson added, “It is really sad to see that a mother can abandon her daughter like this. The small girl was working as a bonded labourer.”

Reportedly, a case has been registered at the Bharat Nagar police station under IPC sections of the Child Labour Act and the Juvenile Justice Act.

Child labour is still prevalent in many parts of India. A large number of child labourers work in harsh conditions for a meagre wage in India. Laws against child labour need to be strengthened and strictly enforced to eradicate child labour from India.