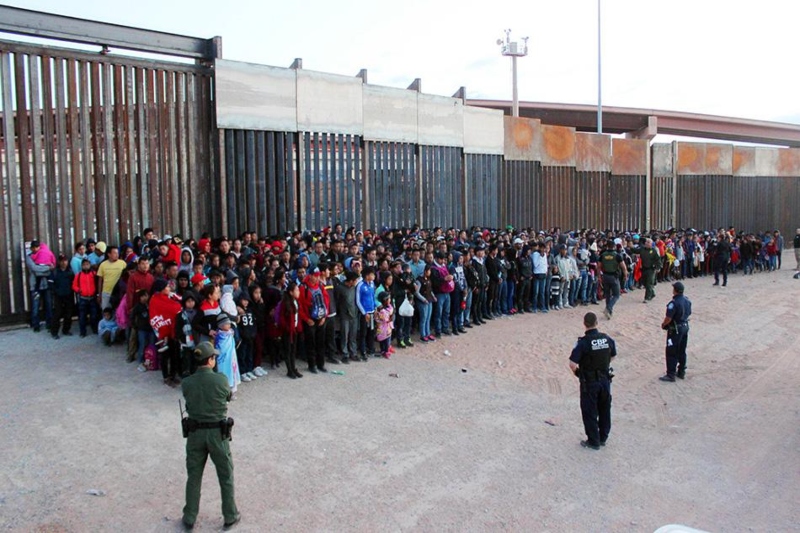 United States – A new analysis of latest data by Human Rights Watch has underlined the extent of risk, danger and grave impact on children as a result of Border Program of the US. The global rights organization through its analysis states that United States and Mexico government have put lives more than 20,000 children to risk through Migrant Protection Protocols (MPP), also known as “Remain in Mexico” Program.

Under the program, United States has sent back at least 21,300 children seeking asylum with their families to Mexican border cities. These cities are dangerous with increased crime rate, trafficking, violence and abuse, especially for the extremely vulnerable children. These numbers date back to when Donald Trump was the president of US. Children constitute about 30 per cent of asylum seekers who have been placed in the program, according to data provided to the Transactional Records Access Clearinghouse (TRAC) by US immigration courts.

“The data shows how many children the Trump administration wrongly sent to dangerous conditions in Mexico, many of them still there a year after President Joe Biden came into office with pledges to end this program,” said Ari Sawyer, US border researcher at Human Rights Watch. “With efforts to account for and process those children and their families on indefinite hold, the Biden administration has left vulnerable asylum seekers stranded and should reverse course immediately.”

Biden administration had initially terminated the program started during presidency of Donald Trump. It was then during February to August 2021 that some of these children managed to reenter US. But wind down process of program was halted in August 2021 by the administration, thereby closing gates for at least 15,000 children.

From January 2019 to January 2021, over 71,000 asylum seekers were placed in Remain in Mexico program, that allows US border officers to send non-Mexican asylum seekers to Mexico during which their claims are decided upon in US immigration courts. These people in Mexico are unable to support themselves are left devoid of basic necessities such as shelter, water, food and healthcare.