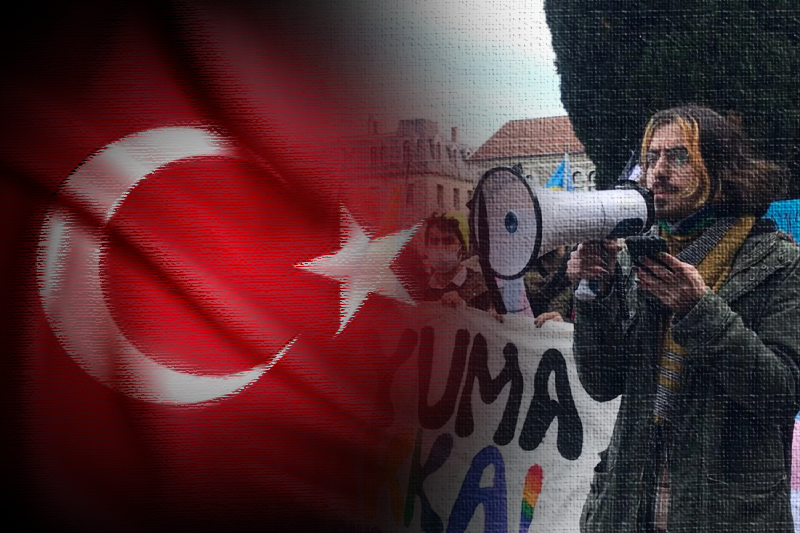 A report by Amnesty International for year 2021-22 was released on Monday, reading that in Turkey “Deep flaws in the judicial system were not addressed. Opposition politicians, journalists, human rights defenders and others faced baseless investigations, prosecutions and convictions”.

Many actions and decisions taken by Turkey in year 2021 – the year described by Amnesty as “a story of betrayal and hypocrisy in the corridors of power” – have been red flagged by the rights group as Ankara’s one of worst moment in the year 2021. These include Turkey’s decision of withdrawing from Istanbul Convention, a pan European accord that requires its signatories to prevent and punish those accused and found guilty of domestic violence.

Report by Amnesty has also highlighted multiple high profile human rights cases of 2021 that also went on into this year. One such case is ‘push for closure’ of the People’s Democratic Party (HDP) – the political movement of Kurdish people and the third largest party in Parliament of Turkey. Dozens of members of HDP were banned from politics. Report points out that four-year prison sentence of Selahattin Demirtas, the HDP’s former co-chair, was over accusation of “making propaganda for a terrorist organization.”

Another report called the Annual Media Monitoring Report 2021, has also raised a red flag on the freedom of expression and freedoms for media in Turkey. “In 2021, 241 journalists stood trial, 73 journalists were detained, a radio broadcaster was killed and 115 journalists were physically attacked,” read the report by Ankara based Association of Journalists under Media for Democracy Project.

“Over one-third of journalists we have interviewed have been arrested, prosecuted or have an ongoing trial,” said Kenan Sener, secretary-general of the association and the co-author of the report. “Journalists or anyone with a critical stance toward the government were obstructed with smear campaigns both online or by pro-government media or online threats. More concerningly, such threats were then turned into physical attacks.” “Despite the fall in the number of journalists behind bars since 2016, Turkey still has the highest number of imprisoned journalists,” Sener said. After unsuccessful coup attempt in year 2016 in Turkey, 158 journalists were jailed.