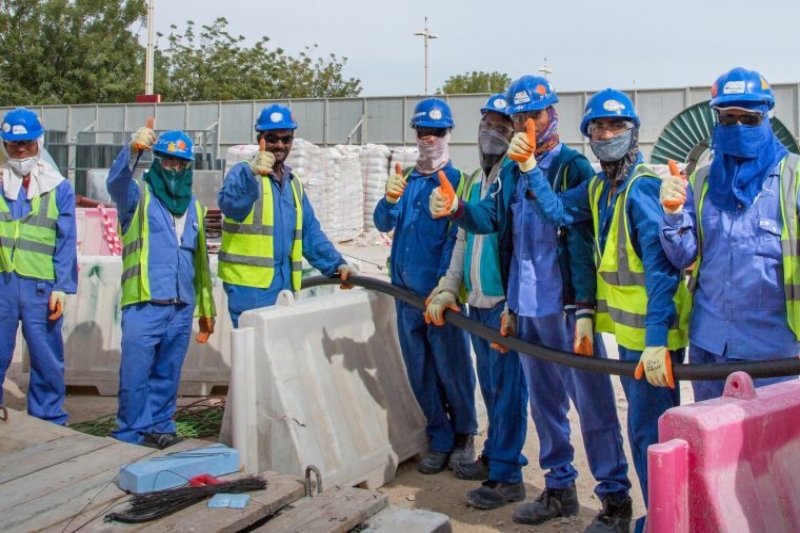 Qatar – A recent investigation conducted by The Guardian has revealed that low wage migrant workers were forced to pay hefty recruitment fees, in billions of dollars, in order to secure jobs in Qatar hosting the World Cup. The allegations hold true for past one decade since Qatar was chosen to hold the upcoming FIFA World Cup.

The investigation revealed that Bangladeshi men who migrated to Qatar has supposedly paid around $1.5 billion in fees and in some cases even as high as $2 billion between years 2011 and 2022. On the other hand, migrating workers from Nepal have been estimated to have paid around $320 million and even more than $400 million between 2015 and 2019.

One third of Qatar’s foreign workers strength is from Bangladesh and Nepal, standing around 2 million. These workers pay typically around $4000 and $1500 respectively. This is outrageous – doing the math – for an average low wage worker from Bangladesh who earns around $275 per month has to work for at least one year to pay off the recruitment fees that he had paid to enter Qatar as migrant worker.

Few months to go for the FIFA World Cup to kick off, the new findings on widespread exploitation of foreign workers in the country has raised questions on humanitarian conditions in Qatar’s projects related to upcoming world cup.

The fees calculations done by The Guardian and confirmed by various labor rights groups have exposed the widespread activity of exploiting foreign workers from some of the poorest countries. The widespread exploitation is deeply entrenched in Gulf nations.

It is noted that in order to gain employment in Qatar and other Gulf countries, such as the World Cup projects, the foreign workers have to pay recruitment fees. In order to afford the fees, these migrant workers have to resort to option of taking high interest loans and also at times sell their lands, leaving them highly vulnerable to exploitation. Thousands of workers from Bangladesh and Nepal take the blind leap each year and migrate to Gulf due to lack of employment back home and very limited low wages jobs.

Qatar government has condemned the illegal recruitment practices and has assured of severe punishment to those accused of gruesome crime. A spokesperson said, “There are complex challenges that need to be overcome to protect economic migrants globally, including in Europe. For its part, Qatar is committed to eradicating illegal recruitment practices in its labour market and supporting efforts to tackle abuse and exploitation throughout the global economy.”