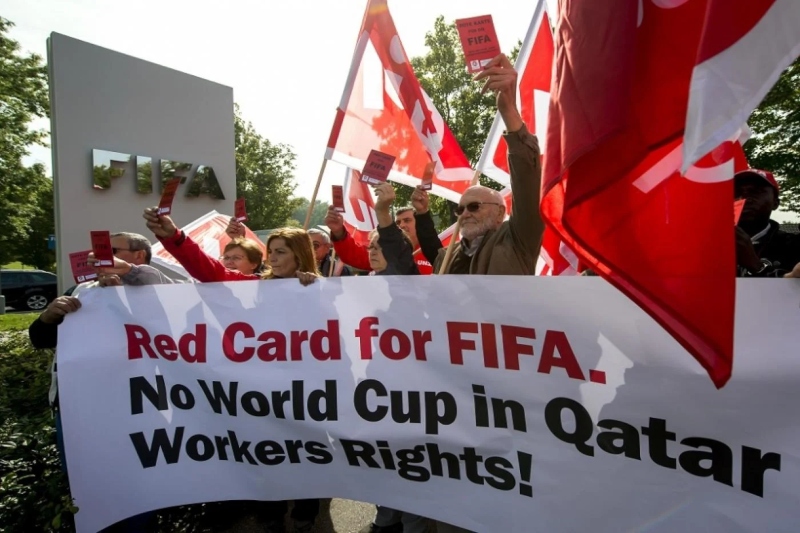 Qatar – The first ever World Cup to be held in the Middle East, the FIFA World Cup is unfortunately in limelight for all the wrong reasons. The hosting country Qatar has been continuously under attack for violations against scores of workers employed in country for the event.

What are the violations that Qatar has conducted

Organizers of Qatar World Cup have admitted of exploitation of workers who were employed on contract for the FIFA tournament in Qatar. Revealed by investigations carried out by Amnesty International, the security guards were pushed into “forced labor” – they were made to work more than the maximum work week limit of 60 hours and not given even a day off for months together. Workers employed for the event in Qatar are being exploited in similar manner with also being reportedly denied their wages.

Qatar World Cup organizers have identified three companies that were “non-compliant across a number of areas”. The organizers said in a statement, “These violations were completely unacceptable and led to a range of measures being enforced, including placing contractors on a watch-list or black-list to avoid them working on future projects – including the FIFA World Cup – before reporting said contractors to the Ministry of Labor for further investigation and punitive action.”

Qatar is ignorant of rights of its residents and citizens

Women in Qatar have been struggling due to widened wage gap, being paid around 25%-50% less wages than men. Furthermore, women are punished for “illicit relations”, illegitimate child and abortion.

The question now arises what is FIFA doing about the allegations of violations placed against Qatar. Furthermore, is it right time for the organizers to withdraw from tournament citing violations and rights abuses at a widespread level. Definitely valid points to consider.