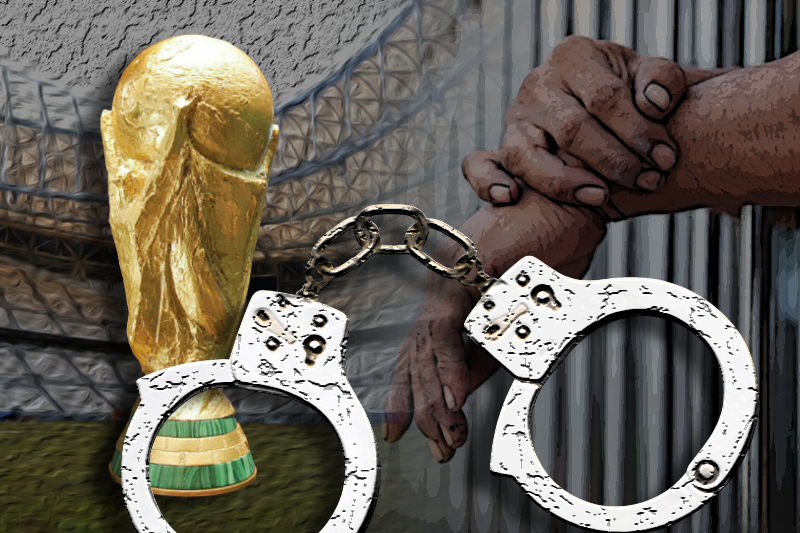 Qatar – A former senior World Cup 2022 media manager, Abdullah Ibhais has been jailed for three years in Qatar. And now his appeal against the controversial sentence has been rejected – the sentence that he believes was given after he had publicly criticized Qatar’s Supreme Committee for how it handled the strike of migrant workers. The sentence has sparked criticism by human rights groups globally who allege that Ibhais was forced into confession. Human rights groups and activists warn that this situation is just a tip of the iceberg – the country is home to some serious human rights issues.

According to human rights groups Human Rights Watch (HRW) and FairSquare, no evidence has surfaced of any wrongdoing on part of Ibhais. The groups have also criticized Fifa for avoiding to intervene in the situation that has roots into the Qatar World Cup 2022. This has invariably enabled the authorities in Qatar to carry out human rights abuses around the world cup. But Qatar has said that Ibhais has been sentenced for seeking bribes and not for speaking against the Supreme Committee that was organizing the World Cup 2022 in Qatar.

Nicholas McGeehan, co-director of FairSquare, said after the verdict, “This case goes to the heart of the serious issues with Qatar’s World Cup and every day Abdullah Ibhais remains in jail more people will know his name, know what he did for the migrant workers who built Qatar’s World Cup, and know the price he has apparently paid for that.”

“Did he get a fair trial? Absolutely not. Did Fifa make a call for a fair trial? No, they didn’t, which I think is pretty scandalous,” he added. “It was Qatar’s World Cup organizers who instigated this prosecution, but it was Fifa’s silence that enabled today’s verdict, for which there is no evidence other than a forced confession.” Defending the sentence given to Ibhais, a Qatari official said, “The court of appeal has upheld its guilty verdict in the case of Mr Abdullah Ibhais. He was convicted following the careful examination of an abundance of strong and credible evidence against him for soliciting bribes to influence the outcome of a state-funded procurement process. This evidence included extensive details of the crime – much more than the defendant’s own confession.”

McGeehan said that Abdullah Ibhais’s position has been clear in the situation. “In contrast, Abdullah claims that he took a stance on workers’ rights internally, he has got evidence to support that,” said McGeehan. “He provided us with a very clear explanation of what happened in this case, before it went public, and all of that has been borne out by the documentation that we have subsequently seen.”