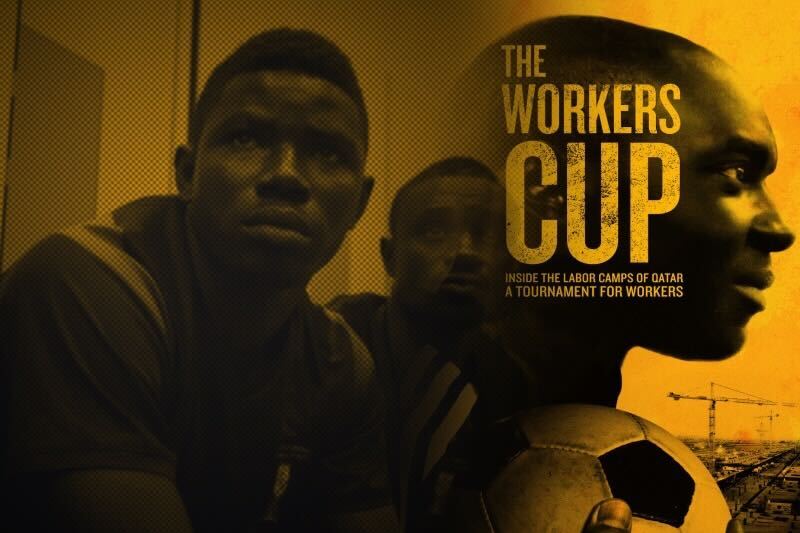 Qatar – For every team going to the World Cup in Qatar in November, there might be a movie worth watching. As the author of a leading British daily opens the pandora’s box to atrocities of human right violations in Qatar, the documentary is a tell-tale of everything wrong that has happened in building the massive stadia towards the FIFA World Cup.

‘The Workers Cup’ speaks about the toil and sweat and effort gone unnoticed of migrant workers who have worked more than their share to make Qatar shine on the world map. But no one is noticing their plight and Qatar continues to move ahead with its plans to host a world class sporting event.

Directed by Adam Sobel, the author of the article clearly states that there is just no way that anyone who is associated with the World Cup wouldn’t be moved to tears after watching this documentary. It isn’t a new fact that English teams have always stood their ground for social causes. Maybe this is one reason the author is insisting that the Gareth Southgate’s playing squad needs to watch this documentary and understand where they are heading to play a fair game, whose ground has really not been built on any fairness.

Available for a cheap rental on Netflix, the documentary, the film covers a group of migrant workers for a company called GCCC in Qatar, who are allowed a rare opportunity to experience something like normal life by playing in a football tournament between different organizations.

The documentary brings forth great reality of how migrants have been brought in on money charged from them, given false hopes of playing football for example at a later stage, only to be stuck in restrictive construction jobs and life that resembles that of prison cells.

They have to hand over passports. They are left in debt by exorbitant recruitment fees, ensuring the companies have almost total control of their lives. They can’t even leave the camp without permission from their superiors, which is so rare.

Pushed to work long hours, in isolation with no social life or access to family, many have had suicidal tendencies and driven into anxiety and depression. Cases of suicide are increasing and never reported. Indeed, there is blood on each of the stadia that are being readied for world players to come and compete.

Qatar continues to subjugate African and South Asian nationals. There is a sad patriarchy at work here and continues to go unnoticed. Some brands are known to have retracted themselves from being associated with the World Cup. But it is high time socially conscious parties like the ones in England know the complete truth and then decide whether FIFA should happen in Qatar at all.