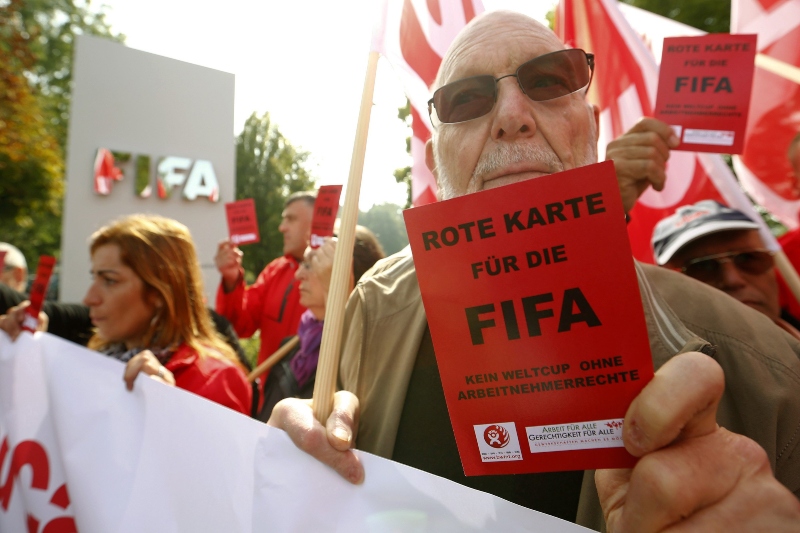 Qatar – Lives of workers and engineers engaged in working towards the completion of the Qatar stadia seems to be under another threat of exploitation. Sources have confirmed that due to some bit of negligence in the erection of pillars to support the stadia, workers might be forced into overtime and no overtime pay.

This is not the first time that something like this is happening in Qatar. Some working migrant engineers have expressed concerns that there is immense pressure to complete the construction in time. Apparently, in some places it has been observed that engineering hasn’t been up to the mark. This is more because of the soil quality that cannot withstand height. Some leaks in the sewage line have also been detected. Now, workers are finding it difficult to handle the pressure under sweltering heat conditions. Cases of many fainting has become common.

As it has been happening in the past, this time again, their passports have been withdrawn to force them to complete the work. Further, there is news that the administration has disputes amongst themselves. The fear that construction will not finish in time, isn’t without reason as since the administrative changes, delays have become common practice too. Surprisingly, administration has been changed more than six times. It is therefore no wonder that the sources who have spoken to the media in anonymity feels another six months could see huge violation of human and labor rights. Ironically, a week back EU has been praising Qatar’s many measures to prevent exploitation of migrant workers. Qatar also made a media statement with India recently, on the same lines. At the seventh Joint working committee meeting between India and Qatar on Labour and Manpower Development, held a week back, and in the wake of deaths and allegations of human right violations of labourers in the country since it won the bid to host FIFA World Cup 2022, Qatar assured to protect and promote rights of thousands of Indian labourers working there.