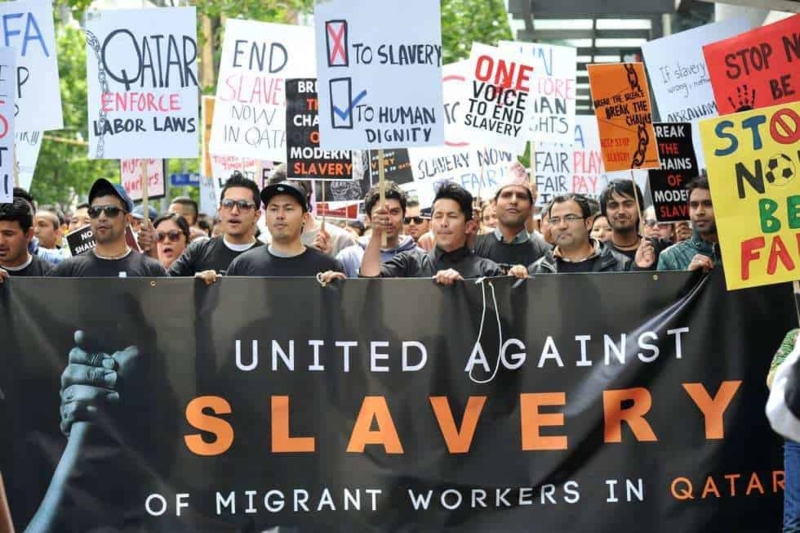 Qatar – Amnesty is now demanding that FIFA needs to compensate labor abuses done by Qatar towards to erection of facilities and stadia for the FIFA 2022 World Cup; to the tune of $440 million as a remedy for the hundreds of thousands of migrant workers who have suffered human rights abuses.

Earlier in April, an AFL-CIO, America’s largest federation of labor unions had already approached FIFA and demanded that several labor exploitative practices need to be addressed and that some minimum working guidelines needed to be set before the world cup started.

Qatar has been in news many times for its artificial show of clemency but bad treatment of migrant workers year after year.

As the momentum of teams and sponsors has been reshuffled and disturbed, the scene isn’t exciting towards the D-day of November 21.

The call, backed by other rights organizations and fan groups, follows allegations that FIFA was slow to safeguard against the exploitation of workers who flooded into the tiny Gulf state to build infrastructure in the years leading up to the tournament that starts November 21.

Complaints in hidden and open words have been floating across social media about exploitative methods employed by Qatar to get itself ready for the international gaming event. However, many sponsors and players too have refused to endorse the labor and human rights violations.

Qatar has continued to ignore the blatant disregard of human rights. It is now that the London based human rights group has made a formal statement stating that, “FIFA should earmark at least $440 million to provide remedy for the hundreds of thousands of migrant workers who have suffered human rights abuses in Qatar during preparations for the 2022 World Cup.”

FIFA president Gianni Infantino has been therefore urged by Amnesty “to work with Qatar to establish a comprehensive remediation program.” It alleged that a “litany of abuses” had taken place since 2010, the year FIFA awarded the 2022 tournament to Qatar “without requiring any improvement in labor protections.”