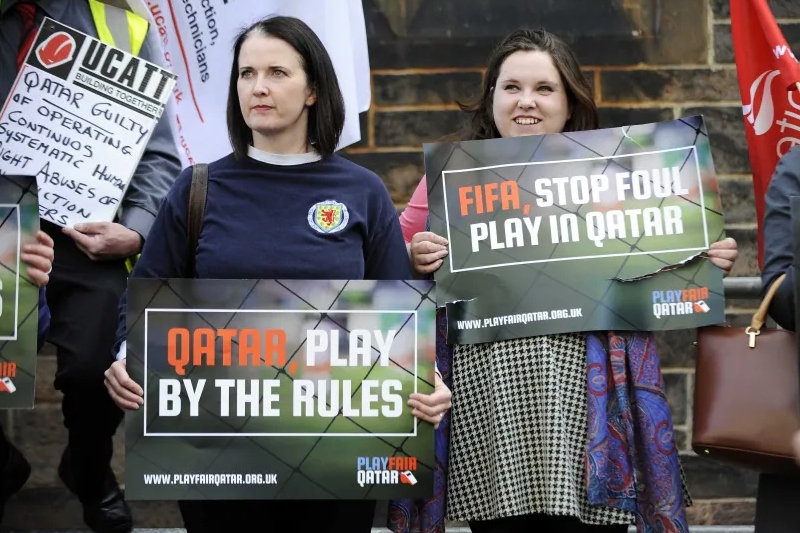 For the remarks, the BJP suspended one leader and expelled the other from the party.

“Several human rights watchdogs have reported slave-like working conditions in Qatar recently, since the award of the FIFA World Cup hostship,” the Bharatiya Mazdoor Sangh (BMS) said in a statement, adding that 1,611 Indian migrants have died in the country since 2014, with their families having to wait a long time for their mortal remains.

During the recently finished International Labour Conference, the trade union said it highlighted this problem with the Qatari government and its equivalent delegates.

“BMS has also lodged protests with the Ambassador of the State of Qatar in India, the Labour Ministry, and the External Affairs Ministry, Government of India, to draw attention to these issues, and demanded that all Indian workers in Qatar be provided with good and healthy working conditions, and that their human rights be respected,” according to a statement issued by the organization’s general secretary Binoy Kumar Sinha.

“If the Qatari government does not take positive action on these fronts, BMS will be compelled to raise the issue at the earliest possible national and international venues,” it added.

The BMS has also criticized the Kafala system for producing ‘serious trauma’ for workers from India and other South Asian nations in Qatar, according to the statement.

“Passport seizures, overtime work, denial of permission to simply leave place of stay for a short period of time, cramped quarters, sexual abuse, and forced work outside the field of expertise have all been sources of considerable mental torment for workers,” according to the BMS.

The Gulf Cooperation Council uses the Kafala system to keep track of migrant labour. It mandates that all migrant workers have an in-country sponsor, typically their employer, who is in charge of their visa and legal status.