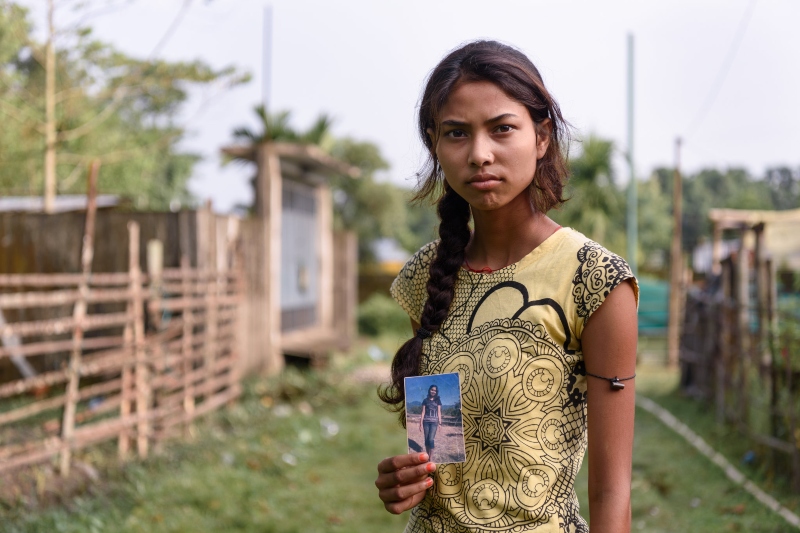 trading of indian women as slaves in west asian countries

India – The contentious statements made by two BJP spokespersons in the last fortnight have landed India in the crosshairs of West Asian countries. This condemnation from nations such as Saudi Arabia, Bahrain, Kuwait, Qatar, and others set off a chain reaction, with up to 16 Islamic countries around the world labelling India as ‘Islamophobic’.

In light of this pushback, it’s vital to examine West Asian Islamic countries’ recent track records in terms of slavery and prejudice against Indians. In light of this, their remarks must be weighed, and the response to the statements must address the latent hate and superiority in the criticism.

For more than a decade, Indian women have been trafficked to the Gulf against their will and on false pretenses. Agents promised higher remuneration for domestic labour to Indian women who were attracted to move to nations such as Bahrain, Saudi Arabia, Kuwait, and others. They had no idea they were about to give up their freedom and their lives to be sold as slaves in the Gulf.

In 2016, Indian women were sold as slaves in Saudi Arabia and Bahrain for 2000-4000 GBP. These women were from the Indian states of Telangana and Andhra Pradesh, and they were enticed to migrate to the Gulf in search of better money. Experts estimate that up to 20,000 Indian women have been enslaved in these countries, with no way of escaping.

These women have described their living conditions as subhuman, claiming that their human rights have been violated and that they have been subjected to physical abuse and work without pay. They don’t have their own passports or visas. Officials from the Indian government were working to secure legal assistance for these women, many of whom are imprisoned in Gulf countries.

According to the Ministry of External Affairs, 500,000 Indian women are employed as domestic workers in Bahrain, Kuwait, Qatar, Saudi Arabia and Oman.

Tightening of laws around work-related immigration in Gulf countries (in 2014) has widened the unlawful path, with Indian women from low-income families seeking to immigrate through agents who then sell them to their clients. Many of these ladies were denied access to phones, forced to work for 18 hours straight without pay, and their legal documents were stolen. Some women are also required to give their bosses sexual favours.

According to a government official, Indian women are “treated worse than cattle there.” One of the women who was interviewed had no idea where she was at the time. Some of the fortunate seek assistance from social welfare organizations in these countries, which attempt to obtain aid for them.

Women’s stories of exploitation, discrimination, and flagrant violations of human rights have arisen from states all throughout India, including Gujarat, Punjab, Telangana, Kerala, Andhra Pradesh, Tamil Nadu, and others. Many of these ladies sell their homes or possessions to fund their trip to the Gulf. They risk everything in the hope of better money and the opportunity to work outside of India.

This isn’t all, though. Slavery has spread to social media platforms and websites, where it has taken on an even more heinous form. The BBC claimed in 2019 that Arab countries were using Instagram and Facebook to sell women as slaves. Negotiations were place over private communications.

Many illegal listings were still available on tech platforms like Google and Apple, according to the research, although some were removed by Facebook. People were discovered selling their domestic employees on the popular app “4Sale,” which allowed users to sort domestic workers by race and price bracket. While chatting to an undercover journalist team, one of the dealers described Indians as ‘the dirtiest’.

Women were not only sold as commodities, but also as commodities were sold on these platforms. Users would “purchase” a domestic worker for $2,000 and then sell her for $3,000. They seize all passports, infringe on their right to privacy, and convert the woman to a commodity to be marketed.

This isn’t some distant past. These are situations that occurred within the last five years. This isn’t a matter of a single woman being treated unfairly. This is a case of flagrant violation of every human right and exploitation of tens of thousands of Indian women, as well as open contempt for them because of their nationality.

In this light, statements from West Asian countries regarding the disrespect of Prophet Mohammed, the MEA’s lack of response to this “condemnation,” and some threats (such as by Al Qaeda) are difficult to swallow for self-respecting Indians who do not want their country to kowtow to West Asian countries.

Economic ties can be maintained while still displaying a spine. Trade agreements can be reached based on mutual economic gain. The MEA must stand up and act now, before it is too late. India’s population must be convinced that the country would not budge in the face of countries that sell Indian women as slaves and commodities.