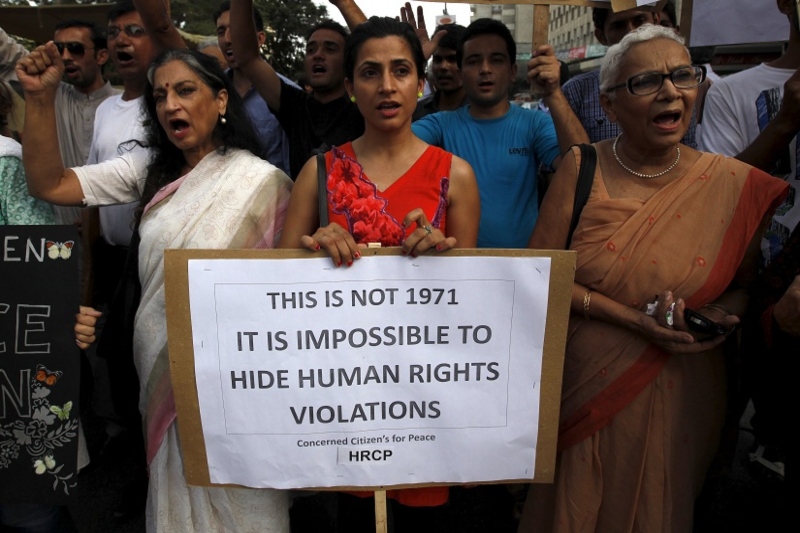 Pakistan – Aboard May 27, a young woman was raped by railway crew members on a moving train, in what could be considered a testament to the rapidly deteriorating situation for women in Pakistan.

While the government has attempted to present itself as a champion of women’s rights, the reality in Pakistan is that successive governments’ indifference to women’s rights has created a culture of impunity for anti-women offenses.

Every year, tens of thousands of women are murdered, kidnapped, or abused. The rate of conviction is quite low. Even government reports indicate a bleak picture.

According to the United Nations Development Programme’s (UNDP) report 2020, Pakistan ranks at the top of a list of 75 countries where people are prejudiced against women. In the World Economic Forum’s Gender Gap Report for 2021, Pakistan was placed 153rd out of 156 nations, taking into account female political empowerment, economic involvement, educational achievement, and health.

Minority groups, too, continue to be terrified. The attacks on them are widespread and have become more so over time. Two Sikh traders, Sardar Saljeet Singh and Ranjeet Singh, were shot and killed on the spot by Islamic fundamentalists at their spice shops in Bata Tal market of Sarband near Peshawar on May 15, the latest in a series of targeted killings.

The population of minorities has steadily decreased over time. The state discriminates against minorities and marginalizes them on a regular basis. The employment prospects of non-Muslims in Pakistan are grim, according to a report titled Unequal Citizens: Ending Systemic Discrimination against Minorities, compiled by the National Commission for Human Rights (NCHR) with support from the European Union (EU).

Nearly half of the government jobs earmarked for religious minorities are unfilled, and of those that are filled, 80% of non-Muslims work as sanitation employees, despite the fact that they are paid less. Non-Muslim sanitation employees are forced to labor in dangerous conditions with no protection and no compensation in the event of an accident or death.

Forced conversions have become even more common in Sindh than they were previously. Conversion of minor Hindu, Sikh, and Christian girls to Christianity has grown increasingly widespread, always under pressure. In Pakistan, freedom of expression is not a guaranteed right. While a huge segment of the media self-censors, others’ voices are muzzled by brute force.

According to Reporters Without Borders, Pakistan’s ranking on the World Press Freedom Index has dropped from 145th last year to 157th this year. Various international organizations have also noted that a growing number of incidences of child abuse are being reported from Pakistan.