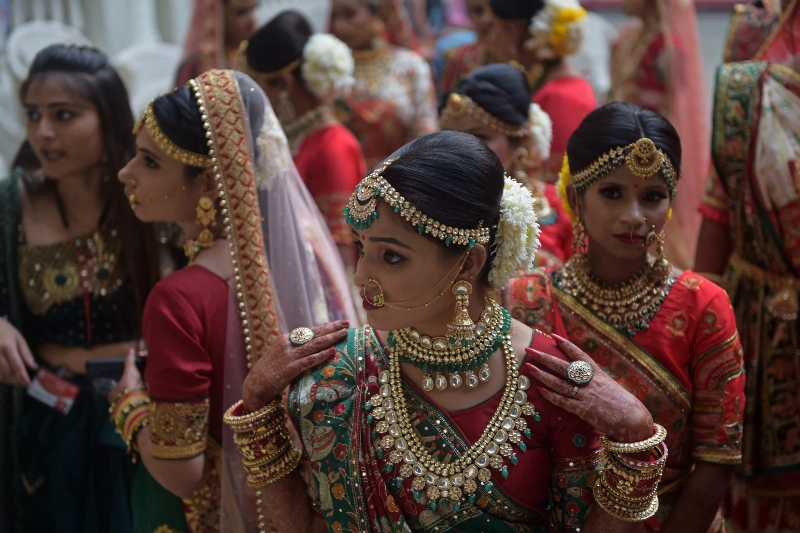 marriage age for women in india increased from 18 to 21

India – Marriage is a huge deal for Indians. People spend a lot of money on wedding ceremonies. Indian people believe that getting married at the right age is the most important aspect of life. The Indian government recently decided to increase the minimum age of marriage for girls from 18 years to 21 years.

Advantages of an increase in marriage age in India

In India, many girls leave their education to get married, especially in rural areas. Another important advantage of the law change is to ensure that girls are provided with a chance to continue their studies. Indian Prime Minister Narendra Modi also claimed that it will be beneficial for women’s careers.

In rural areas of India, teenage girls are married off after being portrayed as 18. According to the United Nations Children’s Fund report last year, more than half a billion girls worldwide were married as a child and the highest number of such cases were found in India.

The major reason for the reconsideration of the marriageable age for girls is attributed to maternal mortality rates. Reportedly, the decision would ensure fewer deaths of women in childbirth and improve their nutrition levels. The lawmakers think that delaying marriage also means delaying the age of childbirth and limiting the number of pregnancies.

Early marriage which results in early pregnancies is linked to malnourishment and infant mortality rates.

Disadvantages of an increase in marriage age in India

The marriage age at 18 for girls was set in 1978, but child marriage started to decline only in the 1990s. Even today, girls are forced into marriage by their families against their will or are not allowed to be with those they love and want to marry.

Indian society has its own rules for girls. Indian middle-class and poor people decide everything for their daughters because of society. India follows a caste system even in marriages. A girl is not allowed to marry someone who is not from the same caste. Conservative people don’t even allow love marriages. They shame girls who decide to get married to their lovers.

The Odisha Child Rights Panel opposed the law stating that juvenile justice laws only protect girls till the age of 18. The panel argued that there is no support for the vulnerable child bride between 18 and 21 years.

Experts claimed that girls will have no agency over their matters if their marriageable age is increased. Since child marriage is rampant in India, will increasing the age of marriage for women from 18 to 21 solve this issue?

Experts also argued that the proposed amendment will only end up criminalising all marriages in which the woman is below 21 years as ‘child marriage’. The panel said that the government needs to promote education and also create job opportunities for women.

Even if the law is implemented, Indian society will not take this law seriously. This law will not deter families from marrying their daughters off before they turn 21. While marriage does not guarantee the safety of girls, Indian parents expect that once a girl is married, they become the responsibility of her husband.

The proposal to increase the minimum age of marriage for women to 21 years will deprive adult women of the legal right to choose to marry someone of their own choice.

I don’t think this law can solve the issues of rural families. If child marriage is still prevalent in India, then the law is a mockery. First, the Indian government should try to stop child marriage in rural areas. They should be given equal opportunities to continue their education and build their career. Let’s not forget how dowry is still rampant in India. If people won’t change their mindset, what can the law do?