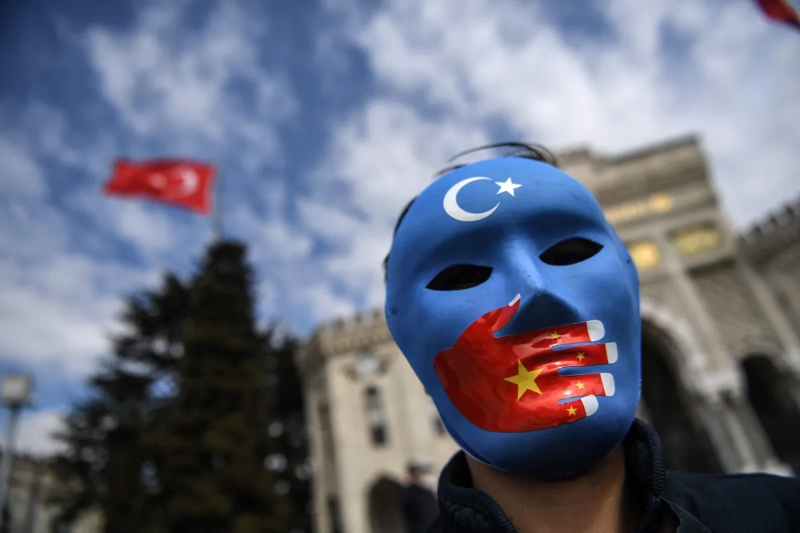 complicity and entanglement of europe with china

China – Through the war in Ukraine, the European Union has already learned some bitter lessons that should now be applied to the greater systemic challenge on the axis of authoritarian expansionism — China. Economic entanglements with Russia and China have harmed the bloc’s strategic posture, and, more importantly, they have resulted in a reluctance to protect and stand up for our ideals.

The atrocities of Bucha and Mariupol will be front and centre in any future EU debate on Russia. Human rights breaches in China, as well as, most importantly, the existential plight of the Uyghurs, should affect our discussion of our relationship with the country and our economic reliance on it.

The decades-long process of pursuing economic entanglement with China was always framed as a win-win situation: we would profit economically while also influencing China’s political liberalization.

However, European leaders such as former German Chancellor Angela Merkel have structurally downplayed any concerns about Beijing’s violations of human rights and values for the sake of short-term profit, and the resulting economic interdependence has severely limited our room for maneuvering as a more assertive China expands its global influence.

One illustration of how the intertwining of our economies and supply chains has made us complicit in Chinese human rights abuses is that “Xinjiang cotton,” which is produced through forced labour and named after the region, now appears in one out of every five cotton items sold throughout the world.

Despite the fact that the European Commission still appears to lack urgency when it comes to Uyghur forced labour, an increasing number of European governments and businesses are making genuine attempts to address the issue. China’s efforts to structurally undermine the international human rights system, such as through its influence in the United Nations Human Rights Council, have heightened the issue.

The broader issue is that this is still perceived as a relatively isolated problem that can be solved by cleaning up supply chains and putting a bit more emphasis on human rights in our foreign policy. This approach, however, is untenable, as evidenced by recent revelations that even corporations that have taken significant attempts to wean themselves off the usage of Uyghur forced labour — such as Puma, Adidas, and Hugo Boss — are still using Xinjiang cotton in their products.

As a result, the fate of the Uyghurs cannot be evaluated independent from the character of China’s ascent as a whole, nor from our past decisions to facilitate Chinese economic progress while allowing human rights crimes.

This is because the Uyghurs’ fragile predicament is directly linked to the province of Xinjiang’s important role in China’s worldwide economic strategy, the Belt and Road Initiative (BRI). This plan focuses on six economic corridors that connect China to the rest of the Eurasian continent, three of which pass via Xinjiang. The ruthless enslavement of the Uyghurs is thus crucial to China’s rise and industrial policy, and this is a fact that will not change even if tough action against forced labour is taken.

The Chinese government has been clear that the region is a vital hub in the BRI since 2017, with a massive $66 billion investment in local infrastructure. This was also the year that the Uyghurs’ mass internment and cultural extermination campaign began, as the pacification of the region — a long-standing obsession of Chinese leadership — became more urgent than ever.

But, like Russian troops’ horrific cruelty in Ukraine, China’s harshness toward the Uyghurs should be viewed as a feature, not a flaw.

The camps in Xinjiang, like the remains of Mariupol, are a foreshadowing of a future in which we continue to condone and aid authoritarian expansionism. In the conflict in Ukraine, the struggle between authoritarianism and democracy is painfully obvious, and it should shape our China strategy as well. It’ll mostly be fought at home, as we question ourselves how far we’re willing to go to defend our ideals, and at what cost.

The fact that a significant proportion of Europeans continue to wear clothing made from Xinjiang cotton demonstrates that we are not changing China, but we are changing ourselves.