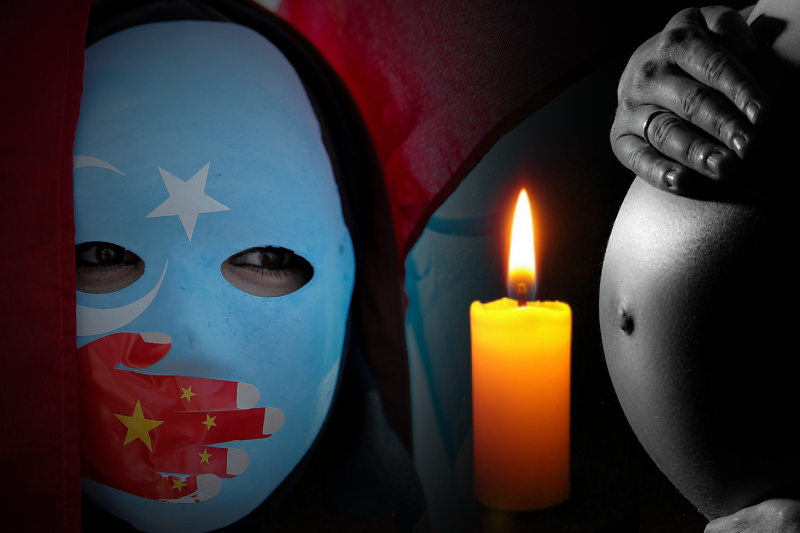 China – An Uyghur woman, who escaped from a hospital in northwestern China’s Xinjiang region to avoid a forced abortion in 2014, died in prison in China. The village police officer confirmed the news.

She was asked to terminate her pregnancy as per China’s family planning policy for ethnic minorities. In 2014, Zeynebhan Memtimin had fled the hospital in Yutian county in Hotan (Hetian) prefecture, where the abortion was to take place.

According to Radio Free Asia, she was taken forcefully from the Arish village to a hospital for the abortion. However, she escaped from the hospital to save her unborn child.

In 2017, the Chinese authorities arrested Memtimin and her husband, Metqurban Abdulla, who helped her in escaping from the hospital. The Chinese authorities detained them in an internment camp. Reportedly, they detained them on charges of “disturbing the social order” and “religious extremism” for avoiding abortion. Their child turned three in 2017.

Reportedly, Memtimin and Abdulla were sentenced to prison for 10 years. They were serving their terms in Keriye Prison. According to police officials, Memtimin was 40 years old when she died in the prison. Reportedly, she died due to the illness caused by having multiple births in prison.

A former neighbour confirmed that Memtimin died in 2020. Her funeral was conducted under Chinese supervision. The Chinese authorities did not disclose the reason for her death to her family. They also did not provide any details about Memtimin’s husband.

In 2014, Abdulla agreed to pay the fine for the fourth childbirth, but Chinese authorities forced Memtimin to terminate her pregnancy. There is no information available on what happened to their four children after they had been incarcerated.