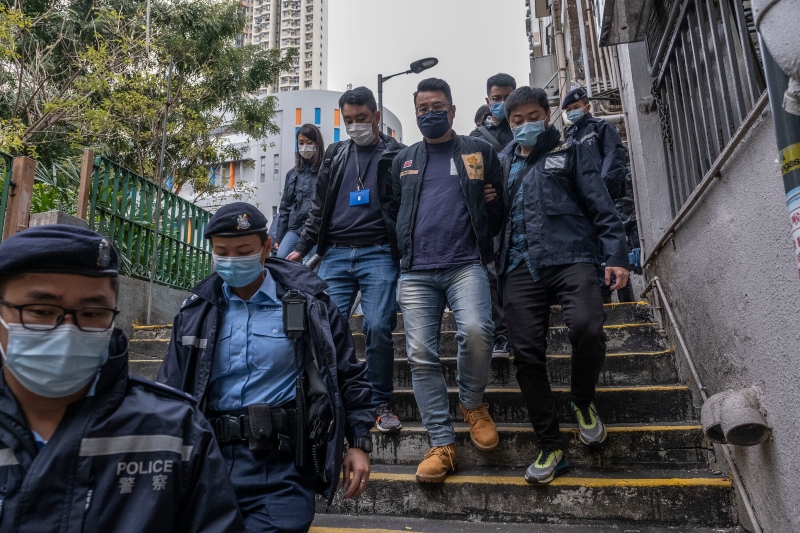 According to Human Rights agencies, such cases reflect the expanding attack on human rights by the government of Hong Kong.

The five advocates were detained on May 11 and 12, 2022, under Article 29 of Hong Kong’s draconian National Security Law, for the overbroad and ambiguous crime of colluding with foreign forces which carries a potential sentence of life imprisonment.

Except for Cyd Ho, who was already in jail, none of them have been charged, and they have all been released on bail,, but they are not allowed to leave Hong Kong.

Hui was stopped at the airport on May 11 as he was about to leave for Europe to accept a visiting scholar job at a university.

Denise Ho, Ng, and Cardinal Zen were then arrested by the police. The media reported that Cyd Ho, who was already held in custody, had been arrested on 12th May.

Maya Wang is a senior China researcher at Human Rights Watch. According to her,

“Arresting a 90-year-old cardinal for his peaceful activities has to be a shocking new low for Hong Kong’s police, the latest example of the city’s human rights freefall in the past two years.”

Reason Behind Their Arrests

All the five pro-democracy advocates were trustees of the 612 Humanitarian Relief Fund, which provided healthcare, legal, and psychological assistance to protestors detained during Hong Kong’s pro-democracy demonstrations in 2019.

In 2021, Hong Kong police launched an inquiry into the fund for possible National Security Law violations, requesting details on the fund’s donors. The fund was compelled to terminate in October last year.

Climate of Fear Among People

Since the Chinese government enacted the National Security Law on 30th June, 2020, Hong Kong authorities have intensified its operation, destroying basic civil & political rights that had previously been protected in the city.

Hong Kong and Beijing officials have terminated the pro-democracy campaign and spread terror in the general population.

7 Reasons Why Work-Life Balance Is Important For Everyone